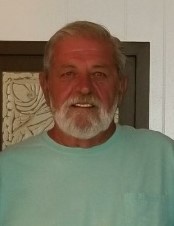 William was born on December 9, 1950, in St. Clair, Michigan to the late Roy and Donna (Laffrey) Zimmer. He served in the United States Army during the Vietnam War. On December 1, 1972, he married Elizabeth Beach. William enjoyed hunting and fishing.

Mr. Zimmer was preceded in death by his brother, Ronald Zimmer; and brother-in-law, Dean Malcolm.

To order memorial trees or send flowers to the family in memory of William Zimmer, please visit our flower store.