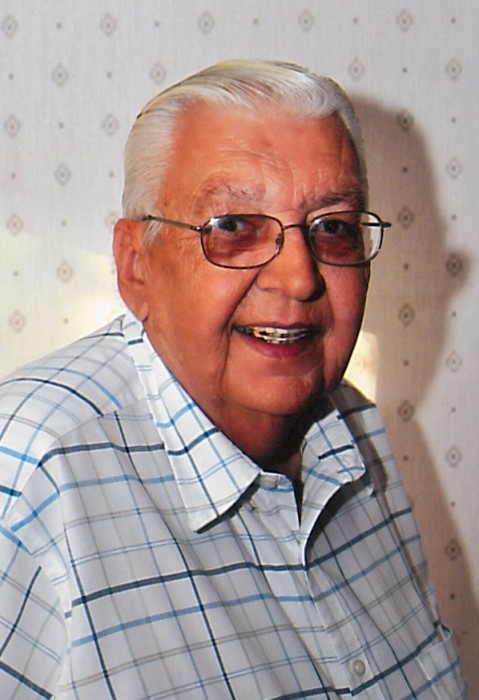 Bill was born in Alpena on November 5, 1931 to the late Alma (Bromund) and William Welk, Sr. He married the love of his life, Marie Spragg on August 30, 1952, at St. Paul Lutheran Church and they spent 60 years together before she passed away in November 2012.

They moved to Detroit where he went to school for his Journeyman Card and became a tool & die maker, retiring from G.M. in 1995, at which time they returned to Alpena. His nickname, “The Chief”, came from his buddies at the plant.

He was a very active man who enjoyed hunting, snowmobiling, traveling, bike riding, and shooting pool for 20 years in the Moose League. He was a member of St. Paul Lutheran Church, Alpena Moose Lodge, Alpena Sno-Drifters and the UAW Retirees Group. His sense of humor was well known, and he had a nickname for nearly everyone, including his daughter and grandchildren.

Visitation will take place Sunday at Bannan Funeral Home from 2-8 p.m. and continue Monday at St. Paul Lutheran Church from 11 a.m. until the funeral service at noon with Rev. John Shipman officiating.

To order memorial trees or send flowers to the family in memory of William Welk, Jr., please visit our flower store.