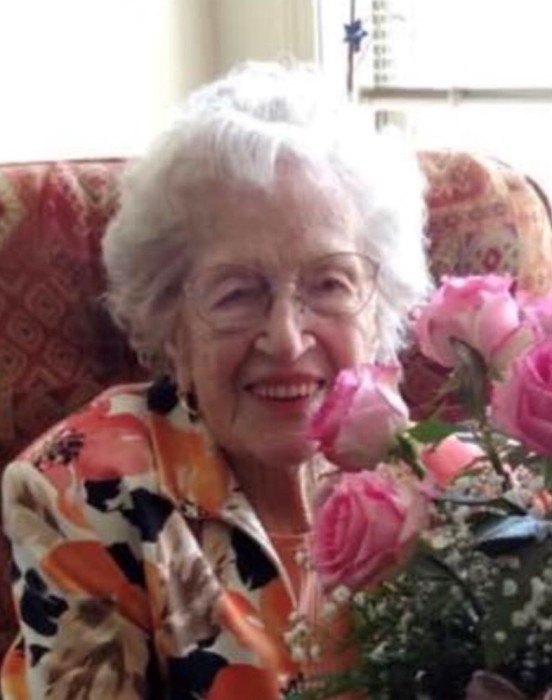 Virginia Hall Kavanaugh, 104, of Ossineke passed away Wednesday, May 1, 2019 at Medilodge of Alpena.

Virginia Hall Kavanaugh was born in Windsor, Canada on July 1, 1914. Her parents were William Bridge and Edith (Blinn) Hall. She attended Northwestern High School in Detroit, Michigan and was employed by the S.S. Kresge Co. She married Ray Kavanaugh on June 10, 1938. Ray preceded her in death on March 5, 2010. The Kavanaughs moved to Ossineke, Michigan in November 1945 and owned the Wagon Wheel Tavern with Ray’s father Ed, and his brother, Ken Kavanaugh.

Upon retirement in June 1976 from Sanborn School as librarian in Ossineke, Ray and Virginia moved to Sarasota, Florida and returned to Ossineke for summers. Ray and Virginia loved golf, walking, sailing Thunder Bay, and spent many years at the Alpena Country Club. She was active in the National Council of Catholic Women and was Alpena’s Deanery President and Altar Society President for St. Catherine’s Altar Society. She was a tutor for the READ program at the Alpena County Library.

Memorial visitation will take place on Saturday at St. Catherine Catholic Church from 10 a.m. until Mass of Christian Burial at 11 a.m. with Rev. Tyler Bischoff officiating.  Arrangements have been handled by the Bannan Funeral Home.

In lieu of flowers, memorials may be made to Sanborn School Library Fund

To order memorial trees or send flowers to the family in memory of Virginia Kavanaugh, please visit our flower store.