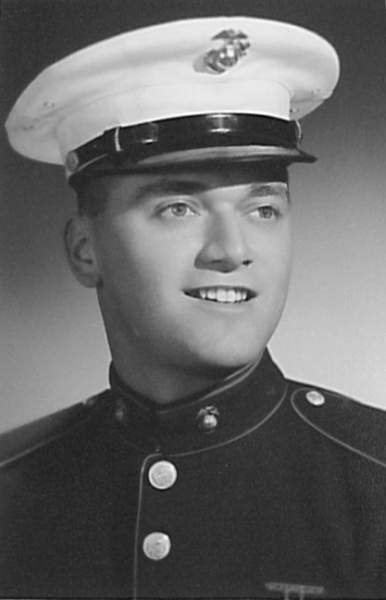 Thomas Joseph Bleau, 80 of Alpena passed away Friday, May 22, 2020 at his home following a 13-year battle with cancer.

Thomas was born in Alpena on November 12, 1939 to the late Clarence and Velma (Leroux) Bleau.  He served in the United States Marine Corp from 1962 until his honorable discharge in 1965.  He married Linda Carr on September 12, 1963, together they had three children.  He lived and worked most of his life in Bay City.  Tom was employed by the Bay City Times for 36 years doing linotype and advertising, until his retirement in 2001.  Tom is a member of All Saints Parish, Marine Corp League Detachment 1237 in Alpena and enjoyed hunting and golfing.  He truly loved his 40 acres camp in Hillman spending much time there with friends and family.  He returned to live in Alpena in 2002.

Mr. Bleau was preceded in death by a sister, Julie Harrington.

Graveside service will take place at Holy Cross Cemetery on Tuesday at 2:30 p.m. with Rev. Joseph Muszkiewicz officiating.  Arrangements have been handled by the Bannan Funeral Home.

To order memorial trees or send flowers to the family in memory of Thomas Bleau, please visit our flower store.