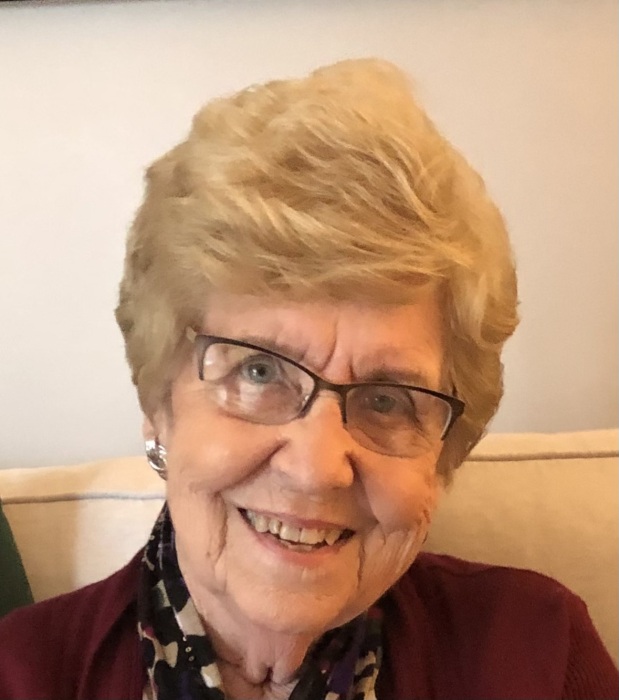 Ruth Hertha Timm (Mom, Ruth, Grandma Timm or Grandma Ruth), passed away peacefully in her home in Ossineke on Wednesday, December 29, 2021. In her last days she was lovingly surrounded by her children, family, and many wonderful friends.

Ruth was born to the late Robert and Hertha (Tessmer) Abend on October 6, 1931, in Pontiac Michigan. As the oldest with four brothers, she was raised in a home filled with a strong German work ethic and a devout Lutheran faith. Ruth was industrious, enjoyed working and had several jobs early in life until becoming a clerk for the U.S. Postal Service where she retired after 31 years. She also was a very involved member of Hope Lutheran Church and over the years sang in the choir and was a chairperson/member of the women’s group just to name a few. She spent countless hours prepping and cleaning thousands of jars over the years that supported making the wonderful food sold at Hope’s Annual Fall Bazaar. At home she cooked and baked not only for her family but for many friends and acquaintances. Ruth raised her two children in her home in Ossineke where she lived for over 61 years.

Surviving her are son Mark (Tammy) Timm of Novi, and daughter Jill (Kim) Olsen of Ossineke who both had the great fortune of having a mother that truly set an example in so many ways. She had a deep love for family and cherished spending time with them visiting over meals, playing games, and occasionally having a joke up her sleeve. She was a giving person and would occasionally slip her grandchildren a few bucks or send them home with a jar of her special strawberry jam. Surviving her are grandchildren Katie (Tim) Lee, Ashley (Andy) Geib, Jeffery (Meghan) Olsen, Brian (fiancée Marie) Timm and Eric Timm as well as her step-grandchildren Eric (Megan) LaCross and Jon LaCross. When Grandma saw them, her eyes would light up, she would reach out for a hug and call them by her favorite nickname. She was also blessed with five great grandchildren and two great step-grandchildren whose cheeks were never missed with a kiss when Grandma was near. The beautiful children that brightened her day and blessed her life are Alivia and Alexia Lee, Whittaker and Beau Olsen, Emersyn Geib and Ashlyn and Cameron LaCross.

Ruth is survived by her brothers William (Bonnie) Abend, Donald (Sandy) Abend, and David (Dava) Abend, sister-in-law Shirley Abend and stepbrother Jack (Karen) Johnson. She was preceded in death by her parents Robert and Hertha, stepfather John Johnson, brother Robert Abend, and her companion of many years James Gonyea.

Ruth was a very organized and ambitious person that was reflected in her home and in all the activities she tracked and completed in her personal and congregational life. Throughout her life she expressed a deep thoughtfulness for others that was truly the essence of who she was. One remarkable way she did this was through the special notes that she sent to hundreds of people that in some way touched her life. Whether it was someone celebrating a special occasion, to convey warm and caring thought or to share her gratitude, she always put others first and loved to brighten someone’s day.

With Ruth’s strong faith and love for the Lord, the family has great peace in knowing that now she is resting and rejoicing in his presence.

Visitation will take place Saturday, January 8, 2022, at Hope Lutheran Church from 10 a.m. until the funeral service at 1 p.m. with Rev. Herb Kitzman officiating. Arrangements have been made by the Bannan Funeral Home. Streaming will be available at www.bannanfuneralhome.com.

To order memorial trees or send flowers to the family in memory of Ruth Timm, please visit our flower store.