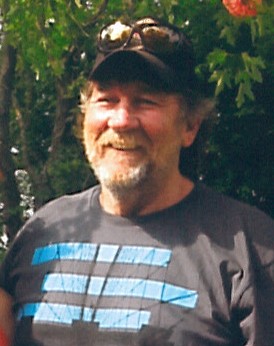 Rory “Roy” Dale McHarg (8/6/1950-8/20/2020) left this world just as he lived his life - fast and furious. He loved life fully and got special enjoyment out of mud trucks, race cars at a local fairgrounds or speed tracks, bump and run cars, watching motocross racing, 4 wheeling, snowmobiling, demolition derbies and just plain tinkering. He drove semi-trucks hauling gravel and asphalt with various companies most of his adult life, along with seasonal snow plowing. He especially loved when his kids followed in his footsteps and did the things he liked to do. He served in the Army from 1970-1972. He is preceded in death by his parents Millie (Cripps) McHarg in 1999, James Dale McHarg in 2007, grandparents Arthur and Anna McHarg, Clayton and Lillian Cripps, several aunts and uncles and a few cousins. He was also preceded in death by his baby daughter, Stacey who died on his birthday in 1973. He knew that when his mother died in 1999, she would be rocking his precious baby Stacey in her arms.

He is survived by his daughter Melissa, grandchildren Jenna and Brett, his twin sons, Caden and Landen, sister Shari Froelich, niece Dana Dietz, great niece Cameron, nephew TJ (Ashly) Dietz, great nieces Kirra and Kali, sister Gena (Jim) Gilmet, niece Kara (Nick) Riehl, great nephews Emerson and Oliver, niece Kristen Lewis, great nephew Trevor, and great nieces, Taylor and Chevelle, nephew Eric and great nephew Waylen. He finally found a peaceful soul when he went into hospice care and his world closed to the things that mattered most-his family and friends, especially Randy and Barb Peplinski. He also expressed gratitude to the mothers of his children who often stood by his side through thick and thin.


He was not able to say his goodbyes while in the nursing home due to Covid restrictions and not allowing visitation and he looked forward to returning to his childhood home to spend his last days with family at his side. He wanted his family and friends to visit any day of the week and any time of the day.


Family wishes to express extreme gratitude to Dan Farrow for getting him home in Angel 1, and Compassus Hospice for meeting his needs where he was at and not trying to change a thing about him. Many blessings to the nurses, Kaetlin, Kayla, and his social worker, Rachel who was able to reinstate his insurance by jumping through hoops due to Covid closures and the various other staff members who assisted in his care. Memorial funds are to be donated to Compassus Hospice in Atlanta.

Cremation arrangements have been handled by the Bannan Funeral Home.  A private graveside service will take place at King Settlement Cemetery at a later date.

To order memorial trees or send flowers to the family in memory of Rory "Roy" McHarg, please visit our flower store.