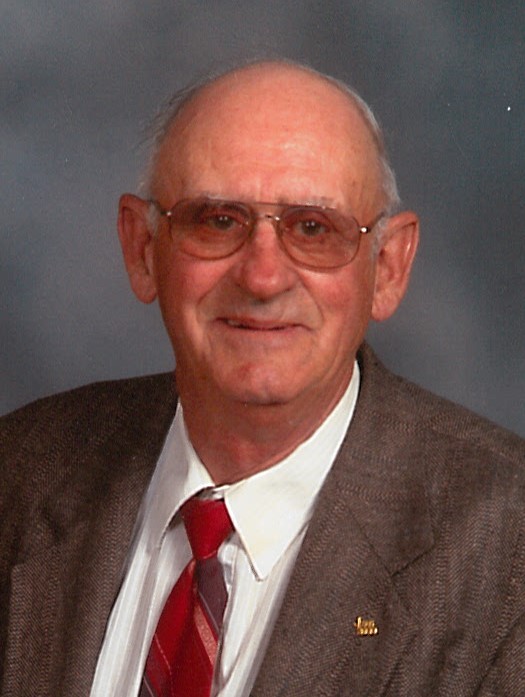 Roger Lee Atkinson, 88, of Lachine passed away Sunday, April 26, 2020 at his home surrounded by his loving family.

Roger was born on August 13, 1931 in Lachine to the late Ernest W. and Reba (Reynolds) Atkinson.  When Roger was five years old, he lost his mother, for the next five years he lived with his uncle and aunt, until 1940 when his father married Jessie O’Brien.  They continued to live in Lachine.

Roger served in the Michigan National Guard from 1948 – 1957.  On October 3, 1953, he married the love of his life, Betty Roy and spent the next 66 years together.  Together they had five children.  Roger worked 40 years for the Besser Company retiring in 1992.  As his family was growing up, he was a 4H leader for years, as well as a Scoutmaster for the Boy Scouts gun safety.  Roger was one of the founders of the Long Rapids Volunteer Fire Department and served for 23 years.  His other hobbies were woodworking and making anything he could out of wood.  He also loved to fish and won the 1992 Michigan Brown Trout Tournament with his son Marty. In retirement, he and Betty grew and raised vegetables and went to the farmer’s market.

Roger had a deep faith and was a member of the Long Rapids First Congregational Church.  There he belonged to the Men’s Club and was a past church board member.

Mr. Atkinson was preceded in death by a son-in-law, David Bahling and sister, Donna Richards.

Memorial visitation will take place Saturday, June 27, 2020 at Long Rapids First Congregational Church from 11 a.m. until the memorial service at 2 p.m. with Rev. Arnie Kirschner officiating.  Arrangements are being handled by the Bannan Funeral Home.

To order memorial trees or send flowers to the family in memory of Roger Atkinson, please visit our flower store.