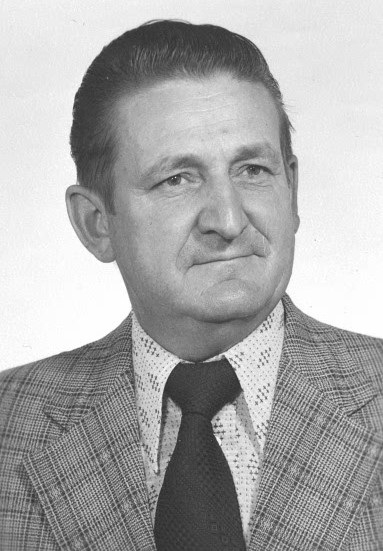 Robert was born on December 3, 1929, in Rogers City to the late Archibald and Margaret (Schalk) Karsten.   Robert graduated from Rogers City High School as salutatorian.  Following his service in the United States Navy; Robert married the love of his life, Lucille “Tootie” Neumann on October 18, 1952, at Immanuel Lutheran Church.  Having worked for an extended period of time at Abitibi Corp, Robert took a leap of faith and a job with a new company, Panel Processing, Inc, working and developing their office and financial procedures.  He retired from there at the age of 71.  During his lifetime Robert enjoyed playing softball and basketball.  He managed Alpena Boys Little League for over 30 years; through his mentoring and coaching they won two state championships, and was recognized at local, state, and national levels.  He also helped to coach girls’ softball when his granddaughter played.  Hunting, fishing, mushroom foraging and working in his garden were all part of the outdoors he loved.  He enjoyed playing pinochle with family and friends.  He and Lucille spent many afternoons and evenings playing spitzer at Senior Citizens or Immanuel Church.

Robert provided a Christian and loving home for his wife and family and was at his happiest when the whole family was around the table.

Visitation will take place at Immanuel Lutheran Church on Thursday from 11 a.m. until the time of the funeral service at 2 p.m. with Rev. Joshua Schultz officiating, followed by military honors accorded by VFW Alpena Post 2496. Arrangements are being handled by the Bannan Funeral Home.  Streaming will be available at www.bannnanfuneralhome.com.

To order memorial trees or send flowers to the family in memory of Robert Karsten, please visit our flower store.