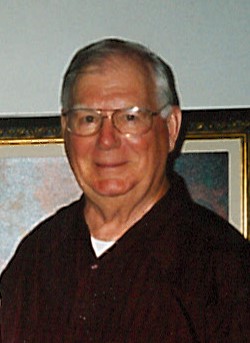 Richard was born October 3, 1928 in Detroit to the late William and Ann (Shalkey) Lewis. He served in the United States Army during World War II. On November 17, 1963, he married Marie Addy. Richard worked for the State of Michigan, retiring from MDOT in 1990. He was a member of St. Augustine Catholic Church and Knights of Columbus #8041.

Mr. Lewis was preceded in death by his brother, William Lewis and sister, MaryLou Badger.

Memorial visitation will take place Friday, August 23, 2019, at St. Augustine Catholic Church from 9 a.m. until Mass of Christian Burial at 11 a.m. with Rev. Michael Conner officiating. The rosary will be recited at 9 a.m. Cremation arrangements have been handled by the Bannan Funeral Home.

To order memorial trees or send flowers to the family in memory of Richard Lewis, please visit our flower store.