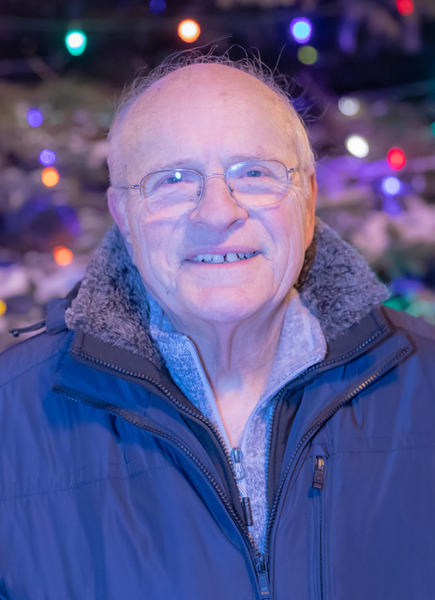 Raymond John Aubrey was born at home on March 25, 1940 to the late E. Norman and Ruth (Freeland) Aubrey. Born and raised in Onaway, Ray learned early on the ideals of hard work and helping others. He held his first job as a Cream Tester at his fathers, Aubrey Creamery shop. He was certified as the state’s youngest Cream Tester at the age of 14 and would often accompany his dad on visits to area farms in the Onaway and Rogers City area to collect milk. As a boy he loved to bake birthday cakes for family on his mother’s wood-fired cookstove and would help elderly relatives and neighbors with odd jobs. Ray graduated from Onaway High School in 1958. He then went on to serve in the U.S. Army as a Morse Code operator, traveling in Europe and lastly across Texas, where he helped his unit administer military funeral honors. On August 23, 1973, he married Jane Roznowski in Alpena. About that time, he became the Alpena area’s distributor for the Detroit Free Press, a job he held for 25 years. Ray then worked for John O’Connor at Great Lakes Excavating. He was known to many in the community as ‘The Free Press Man,’ and gave countless area youth their first job as newspaper carriers. Having a lifelong passion for anything mechanical, Ray could diagnose just about any problem with an engine. For several years he raced snowmobiles on the local circuit and had a reputation for expertly tuning them up and repairing them. It is no secret that Ray loved people, and anyone who met him was an instant friend. As the owner of the Ton-O-Suds Laundromat, one could find him on an average day helping and chatting with patrons. He was a kind and gentle man who once described himself as a ‘tenderheart’, loved the Lord Jesus Christ, and took great care to help others. When a friend or family member needed anything, he was there. When one of his grandsons needed help with stringing their fishing rod, they could count on Grandpa.

Ray enjoyed his many yearly fishing trips to Canada, trips to Florida to visit friends, as well as his time fishing with his friend Al Wirgau on Lake Huron.  He spent nearly every Tuesday morning having breakfast with friends at Gen-Ar’s, and despite their closure, he still continued to meet his pals elsewhere. Ray also found joy in camping, spending time at Hubbard Lake with his grandsons and at his daughter’s horse farm in Midland.

Ray will be deeply missed by many friends and family. He was preceded in death by his parents, and four siblings: George Aubrey, Betty Domke, Norman Aubrey, and Mary Lee Eldridge.

Memorial visitation will take place Saturday, January 9, 2021 at Bannan Funeral Home from 11 a.m.-2 p.m. with a private memorial service to follow with Rev. John Shipman officiating. For those unable to attend, livestreaming will be available at www.bannanfuneralhome.com.

Memorials: To the Family or St. Paul Lutheran Church

To order memorial trees or send flowers to the family in memory of Raymond Aubrey, please visit our flower store.