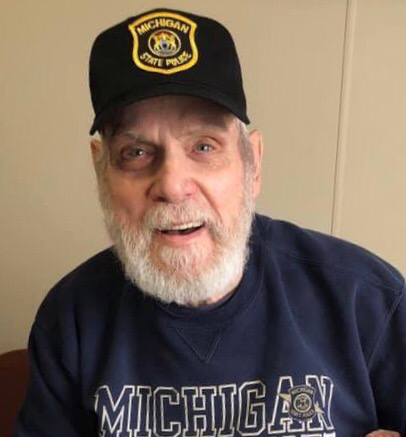 Patrick was born in Alpena on January 3, 1941 to the late Irwin and Esther (Buczkowski) Dean.  He was in the Army National Guard and worked as a Michigan State Trooper until his retirement in 1982.  Later Pat worked security for Consolidated Hunting Camp and Russell’s Campground.  Pat was a member of the Shriner’s.  On February 3, 1987 he married Martha McCartney.  She preceded him in death on January 16, 2010.

Mr. Dean was preceded in death by infant brother, Norbert and a sister Donna May Dean.

Visitation will take place at the Bannan Funeral Home on Tuesday from 10 a.m. until the time of the funeral at 12 p.m. with Rev. James Fitzpatrick officiating.

To order memorial trees or send flowers to the family in memory of Patrick Dean, please visit our flower store.