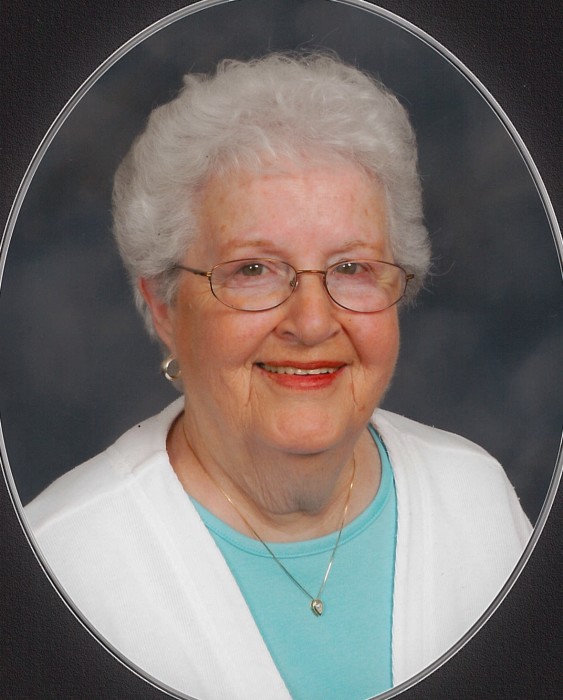 Patricia May Leszinske was born in Rogers City on December 22, 1928 to the late Adolph and Esther (Glazer) Leszinske. On April 23, 1949, she married Dale T. Adrian, Sr. He preceded her in death on August 23, 1993. Patricia worked at State Farm Insurance, retiring in 1987. She was a member of St. Anne Catholic Church, ARMC Auxiliary, V.F.W. Auxiliary, and was past president of the Girls Club.

Memorial visitation will take place Saturday at St. Anne Church of All Saints Parish from 10 a.m. until Mass of Christian Burial at 12 p.m. with Rev. James Fitzpatrick officiating.  Arrangements have been handled by the Bannan Funeral Home.

In lieu of flowers, memorials may be made to the Boys & Girls Club or Hospital Auxiliary.

To order memorial trees or send flowers to the family in memory of Patricia Adrian, please visit our flower store.