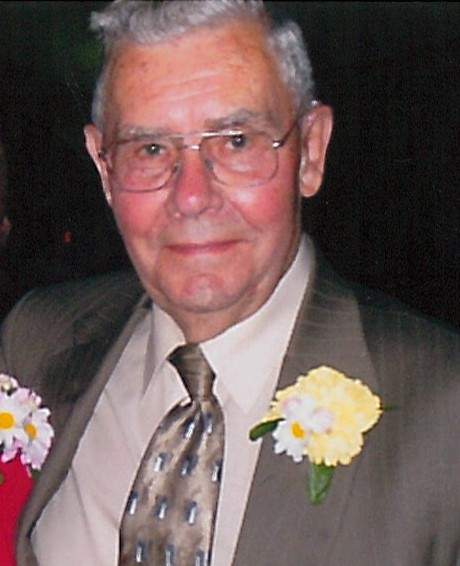 Nelson was born in Wellington Township to the late Nelson and Adeline (Kollen) Carr on July 8, 1925, where he spent his entire life except for 2 years serving in the United States Army during WWII.  He was a member of the Long Rapids Congregational Church.  On June 15, 1946, he married Norma Edmonds.  She preceded him in death on February 15, 1973.  On December 26, 1977 he married the former Mary Evelyn (Lumsden) Flanders.  She preceded him in death on April 6, 2014.  Nelson worked in construction his whole life, having worked for Les Jones for 21 years and 10 years for Lumsden Construction.

Visitation will take place at the Bannan Funeral Home on Thursday from 2-8 p.m. and will continue Friday at Long Rapids Congregational Church from 10 a.m. until the time of the funeral service at 11 a.m. with Rev. Arnie Kirschner officiating.

To order memorial trees or send flowers to the family in memory of Nelson Carr, please visit our flower store.