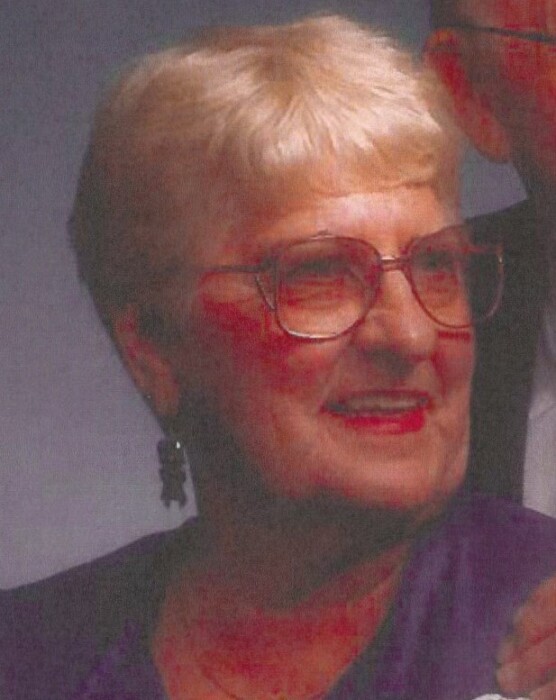 Mildred was born January 13, 1918, in Alpena, Michigan to the late John and Melvena (Couture) Anderson. Mildred was a lifetime resident of Alpena County except for a brief period in Palmetto, Florida and spending winters in Apache Junction, Arizona. On July 9, 1939, Mildred married Leonard M. Precord at St. Anne Catholic Church in Alpena. As a young lady, Mildred worked at the Alpena Seed Company, where she sorted seeds. During the war, Mildred worked at the Alpena Jacket Factory where she worked on jackets to be used for World War II. During the war, Mildred continued to work and care for their home and two children, and also worked at the Alpena Garment Factory.

In 1952, Mildred, along with her husband, Leonard, and five children moved to Palmetto, Florida where they owned the Palmetto Bar and Lounge. In 1955, the bar was sold and Mildred, Leonard and family moved back to the Alpena area, buying a farm on M-32 in Herron. Mildred was then employed at the Alpena General Hospital in housekeeping where she used her marvelous sewing techniques to mend the sheets, pillowcases, drapes and anything else that needed fixed. Later working in laundry until retirement in 1980 after 25 years.

Shortly after retirement, Mildred and Leonard bought a motorhome and traveled throughout the United States. Enjoying many good times and meeting many longtime friends. Mildred was a member in the Champion Motor Home Club and the Good Sam Club. Spending winters in Apache Junction, Arizona where she enjoyed potluck breakfasts and dinners, playing cards, and dances at their clubhouse. Mildred enjoyed hiking the in the Superstition Mountains in Arizona where she was a member of the Apache Junction Hiking Club.

Mildred spent summers at their home in Herron, where she enjoyed spending time with family, visiting friends and her many hobbies of knitting, sewing clothing for her grandchildren, macrame to name a few of her hobbies. Mildred eventually moved to Alpena and then moved to Lachine around 2005. Mildred continued with her expertise as a seamstress with making wedding and wedding attendant dresses for her daughters, suit jackets, and other clothing. Mildred especially enjoyed camping with family, sitting around the campfire telling stories, and family reunions at Alcona Park, Glennie, Michigan.

To order memorial trees or send flowers to the family in memory of Mildred Precord, please visit our flower store.