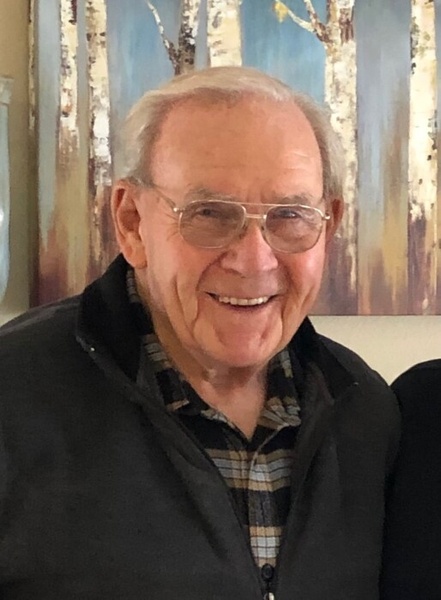 Michael T. O’Donnell, 85, passed peacefully at his Spring Lake, MI home February 1, 2021.  Born January 3, 1936, to the late Dr. Francis J. (Doc) O’Donnell and Marie Quinn (Fitzpatrick) O’Donnell.  A native of Alpena who grew up sailing the Thunder Bay, fishing McGinn Creek, and a proud Catholic Central football and basketball athlete.  Mike continued his education at Notre Dame prior to serving his country in the Korean War.

Mike returned to Alpena where he met and married his wife, Marcia Alexandria (Smith) O’Donnell, and together raised their family. After working in the construction industry, Mike enjoyed a fulfilling career at Huron Distributors of Alpena. Upon retirement, he became an avid reader and woodworker, but his true love was spending time with his family and grandchildren.

We will remember Michael for his devout faith in the Father, Son and Holy Spirit...

Visitation will take place Saturday, February 6, 2021 at St. Anne Church of All Saints Parish from 10 a.m. until the Mass of Christian Burial at 11 a.m. with Rev. Joseph Muszkiewicz officiating. Livestreaming will be available for those unable to attend at www.bannanfuneralhome.com.

In lieu of flowers, the family requests donations to his granddaughter’s school, Zeeland Christian School at zeelandchristian.z2systems.com in Mike’s memory.

To order memorial trees or send flowers to the family in memory of Michael O'Donnell, please visit our flower store.