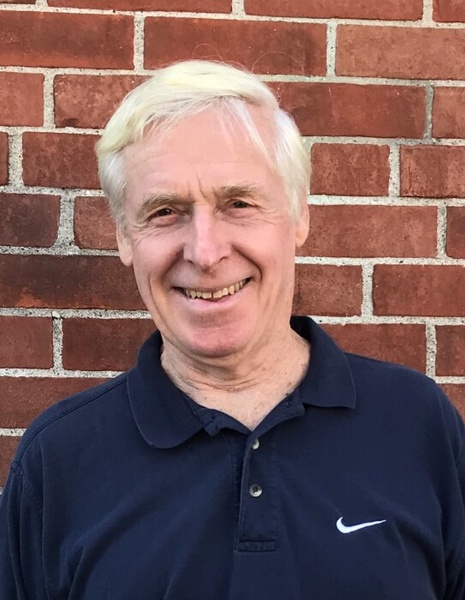 He passed away surrounded by family after a brief illness.

He graduated from Alcona High School in 1966 and received his bachelor’s degree from Alma College in 1970.

He taught at Gogebic Community College, where he was also a ski coach. He worked at Mt. Mariah Ski Lodge, where he was on the ski patrol. He was principal of Greenbush Christian Academy and, later, Alpena Christian School. He was a real estate broker and agent, nature photographer, and well-known for his Hubbard Lake history books and nature calendars.

Mike was a longtime member of Beaver Lake Community Church, and he was chaplain at the Alcona County Jail as well as the Sunrise Mission homeless shelter. He volunteered at both the Sunrise Mission and Sunrise Centre Rehab, leading Bible studies on a regular basis. He and his wife Jeanne coordinated The Life Chain in Alpena, which is a pro-life silent event in which people pray for an end to abortion. They were both leaders of Community Bible Study as well. Mike’s passion was spreading the love of Jesus and leading people to the Lord.

Mike was a very active outdoorsman, instilling a passion for hunting and fishing and a love of nature in his children, their spouses, and his grandchildren. He took his family on many backwoods camping trips to the Upper Peninsula, a tradition that has been carried on by his stepdaughter Sarah and her family. He enjoyed canoeing and fishing with his grandkids. He also built a log cabin in the woods of Spruce for he and his family to live in.

Mike passed on a love of sports and a spirit of competitiveness and determination to his children and grandchildren. He always supported them, attending their sporting events whenever he could, and encouraging them to do their best.

Mike loved running and biking. When he would ride his bike down Hubbard Lake Road, he said it made him feel like a boy again, riding through Spruce, where he grew up.

He played softball in a men’s league and in church league. He was a good hitter and a great third baseman when he played for Seguin’s Bar in the men’s league.

He coached cross country at Alpena High School, when his daughter Darby was a runner there. He also participated in many races, including The Detroit Marathon and countless area 5K races over the years.

He loved playing basketball with his son Clay and daughter Kyla, and he coached many rec teams. He enjoyed playing golf with Clay and his sons-in-law. He also liked playing ping-pong with his children.

He hunted with his parents and brother as a young man, and continued that tradition with his stepsons Chris and David, daughter Kyla and son-in-law Lenny, and his grandson Mason.

Mike was nicknamed “Corny” in college, partly because of his last name, and partly because he was the king of corny jokes, now known as “Dad Jokes.” His sense of humor and genuine love of people will live on, continuing to bring smiles to the faces of those here on Earth.

He was preceded in death by his mother, Iva Cornelius, father, Maurice Cornelius, and brother, Thomas Cornelius.

Mike often said, “I’m on the road to GLORY!” Now, he is in Paradise, and he hopes to see you all there. He would want us all to trust in Jesus, “The way, the truth and the life.”

“Be anxious for nothing, but in everything, by prayer and supplication, with thanksgiving, let your requests be made known unto God. And the peace of God, which passes all understanding, will guard your hearts and minds in Christ Jesus.” ~ Philippians 4:6-7

To order memorial trees or send flowers to the family in memory of Michael Cornelius, please visit our flower store.