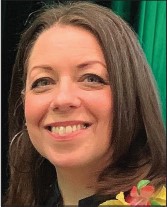 Melissa Ann Matuzak, age 51, died peacefully at her home on March 5, 2021, after a brief but fierce battle with liver cancer. She was born on June 1, 1969, to Bradley J and Barbra M Matuzak in Alpena MI. After high school, Melissa moved to Detroit and immersed herself in the early 90’s music scene. She became a key player in promoting and booking the most iconic artists of her generation. She was instrumental in the careers of countless local, national and international musicians. In 2001 Melissa left the music business to pursue an English degree, and subsequently a law degree from DePaul University-College of Law. At law school, she was inspired to pursue a career in criminal defense as a student in Andrea Lyon’s Death Penalty Clinic, and in the classes of Leonard Goodman. Melissa tenaciously sought justice for her clients first at Goodman Law and later, in her own practice established in 2014. With her acute insight into humanity and relentless work ethic success soon followed with many favorable verdicts and appeals in her short career. In her personal life she found joy in art, music and, animals. She developed her singing voice into a nuanced and powerful instrument. And her love of the Great Lakes and the Northern Michigan landscape never faded. She was preceded in death by her beloved father Bradley Matuzak Sr. She is survived by her husband Joe Vanderstappen, her brother Bradley and sister-in-law Amy, her mother Barb Burton,  uncles Augie (Peggy) Matuzak and Peter (Caroline) Matuzak, nieces, nephews, and countless friends and colleagues.

A celebration of Melissa’s life will be held on Saturday, October 23rd from 6 pm to 8 pm at Art in The Loft.  All are invited to visit with Melissa’s family to share stories and memories.

To order memorial trees or send flowers to the family in memory of Melissa Matuzak, please visit our flower store.