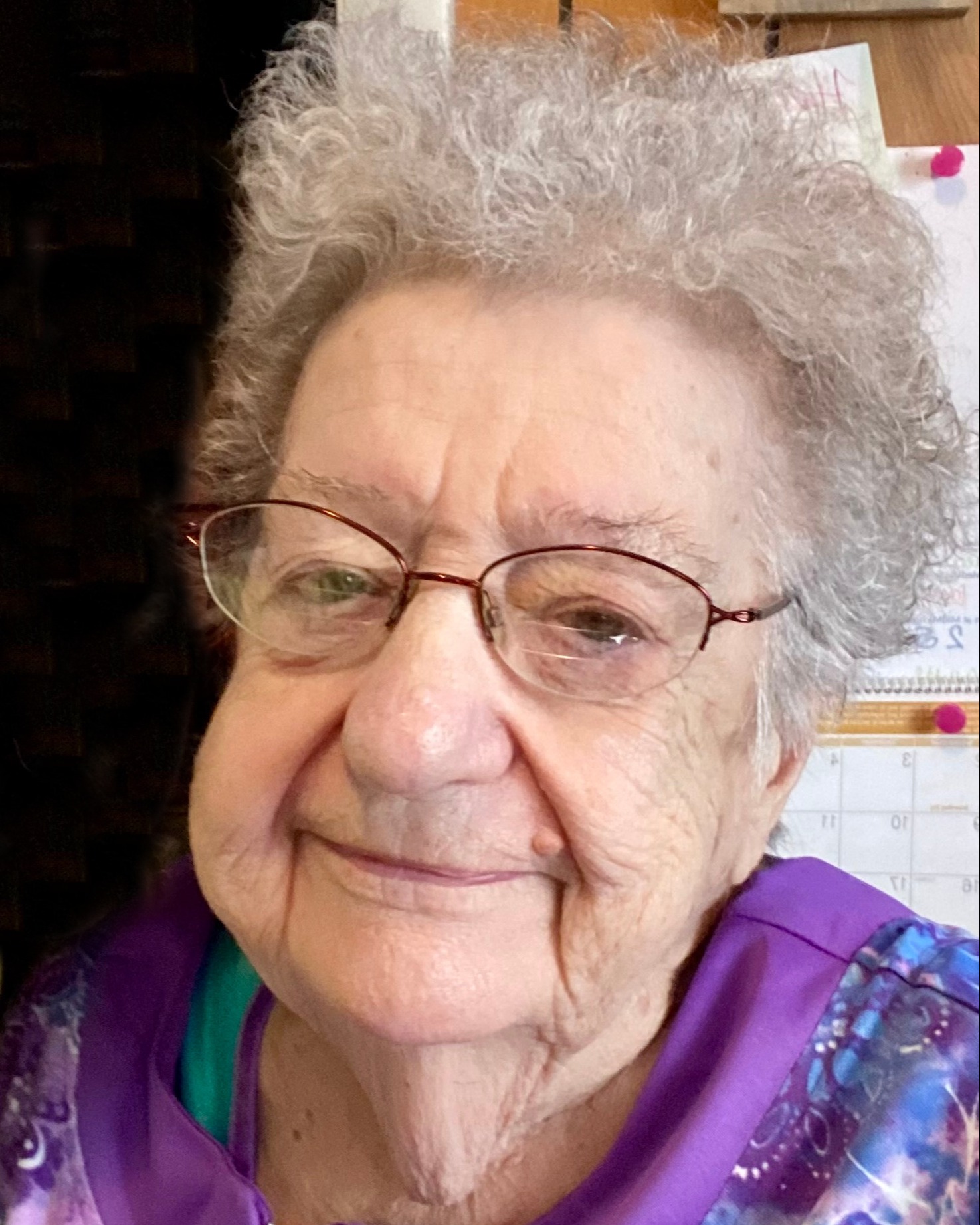 Martha Mary Woytaszek was born on November 29, 1929, in Hamtramck, Michigan to her parents, Alexander and Theresa (Sypniewski) Zuzga just shy of 93 years young. Marty gained her wings and peacefully went to be with our Savior on Wednesday, October 19, 2022, surrounded by her beloved family in Alpena, Michigan.

Marty graduated from Our Lady Queen of Apostles Catholic School in 1947.  She then went on to work for Champion Spark Plug until she moved to Alpena, Michigan. Marty then worked for Northland Library until retiring in 1985.

“Saint Martha” enjoyed venturing up north to Alpena with her dearest friend Wanda Willard on the snow train, which is how she met her late husband John at Home Tavern where his band played Polish music. Marty and John were married on September 20, 1952, in Alpena, Michigan. Marty and John raised their three children, David, Ken, and Cindy in Maple Ridge township, where they loved nothing more than to lounge on their pontoon around Thunder Bay River.

Marty adored spending time in the kitchen making Polish meals and desserts for her family, which she loved to pass on to her grandkids. She enjoyed Bingo at American Legion Post 65, going to the casino, and going for rides in the car. Marty and John also spent Thunder Bay River Busia also delighted in spending time with her grandkids and great grandkids.

A special thanks to her hospice angel, Julie Zwolinski, for her loving care.

Those who wish to celebrate “Saint Martha’s” life can join the family at Bannan Funeral Home in Alpena, Michigan on Saturday, October 22, 2022, from 9 a.m. until the memorial service at 1 p.m. with Rev. Tyler Bischoff officiating.

Memorials may be made to Hospice of Michigan.

To order memorial trees or send flowers to the family in memory of Martha Mary Woytaszek, please visit our flower store.