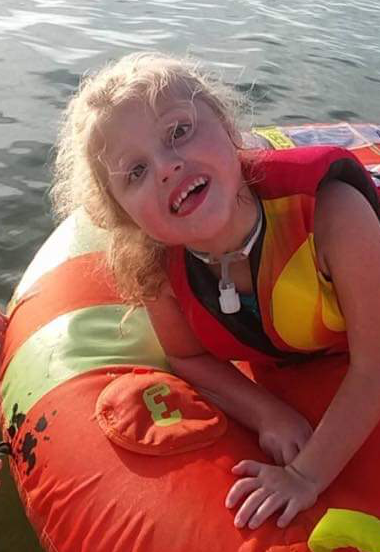 Kya was born in Saginaw on December 5, 2013, to Dustin Ruehle and Jennifer Pennell.  She was a student at Pied Piper, enjoyed boating, fishing, racing, music, her pets, and most of all time she spent with family and friends around her.

Kya was preceded in death by a sister, Paislynn.

Visitation for Kya will take place at the Bannan Funeral Home on Monday, December 27, 2021, from 2 until the time of the funeral service at 7 p.m. with Rev. James Erickson officiating.  Streaming will be available at www.bannanfuneralhome.com.

Memorials may be made to ACC for a scholarship that will be created in Kya’s memory.

To order memorial trees or send flowers to the family in memory of Kya Ruehle, please visit our flower store.