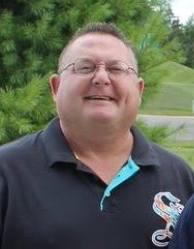 Kent was born on April 24, 1964, in Flint, Michigan to Arlen and Janet (Hamilton) Wallace. He served in the United States Army and United States Air Force and enjoyed golfing.

A private graveside service will take place. Cremation arrangements have been handled by the Bannan Funeral Home.

To order memorial trees or send flowers to the family in memory of Kent Wallace, please visit our flower store.