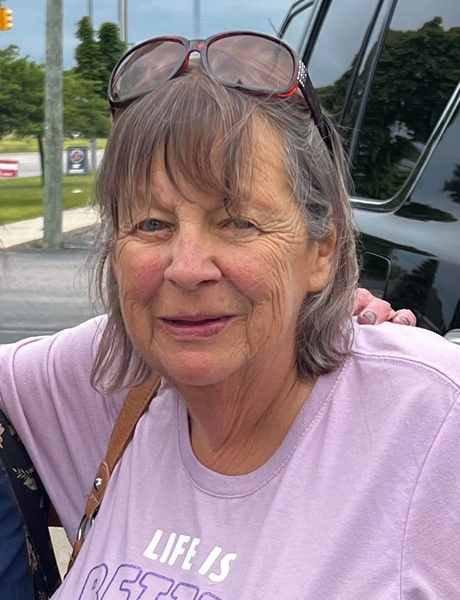 Karen Jean Spencer, 66, of Alpena passed away Monday, August 1, 2022, at MyMichigan Medical Center – Midland surrounded by her family. Karen was born November 16, 1955, to the late Raymond and Mary (Walter) Moldenhauer. Karen enjoyed spending time with her grandchildren and watching the birds. She married Richard William Spencer on October 20, 1978. He preceded her in death on February 10, 2019.

Karen is preceded in death by her stepmother, Marie Moldenhauer; and stepbrother, Kenneth Yuchasz.

A combined graveside service for Richard and Karen will take place at Evergreen Cemetery on Wednesday, August 17, 2022, at 2 p.m. with Rev. Michael Lingaur officiating. Military honors will follow for Richard by Alpena VFW Post 2496. Arrangements have been made by the Bannan Funeral Home.

Memorials: Salvation Army or Friends Together

To order memorial trees or send flowers to the family in memory of Karen Jean Spencer, please visit our flower store.