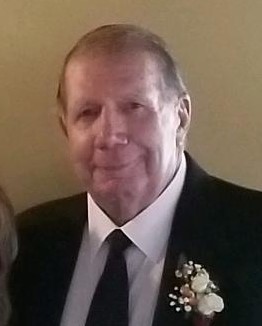 John was born on September 16, 1927, in Royal Oak, Michigan to the late Harry and Gladys (Carlson) Szczukowski. He served in the United States Army during World War II. On June 23, 1951, he married Alice Skiba. She preceded him in death on December 29, 1968. He later married Sally (Blackburn) Datema on May 26, 1979. Jack owned and operated Harry’s Oil with his brother Larry. He was a member of Alpena VFW Post 2496 and Trails End Camp. Jack enjoyed fishing brook trout, hunting, watching golf and football, and was an avid reader.

A private family graveside service will take place. Arrangements have been handled by the Bannan Funeral Home.

To order memorial trees or send flowers to the family in memory of John "Jack" Szczukowski, please visit our flower store.