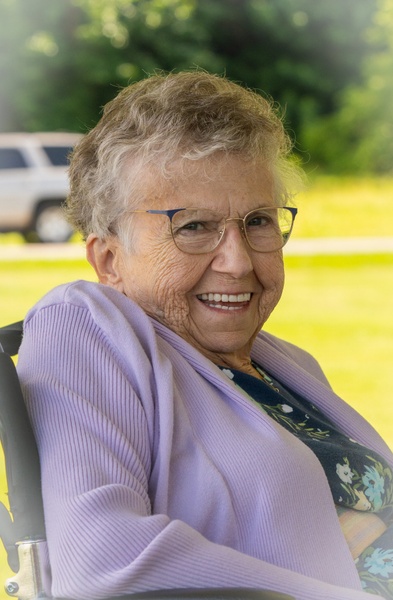 Jean Marie Fournier, age 80, went home to be with her Lord and Savior on Saturday, July 30, 2022. She passed peacefully at Grant Medical Center in Columbus, Ohio. She was surrounded by her loving family. Jean was an Alpena resident until recently when she and her late husband moved to Circleville, Ohio to be near family.

Jean was born in Wayne County Michigan on June 13, 1942, to the late Russell and Abigail Evans. Throughout her life, she overcame many physical challenges, exceeding all physician’s expectations. She was a wonderful homemaker, well known for her love of sewing-especially Raggedy Ann dolls, and baking  white bread, cookies, pies, and many other things. Jean was a devout Christian and loved serving the Lord however possible, especially alongside her late husband at Under His Wings Christian Fellowship where he served as pastor for 33 years. She loved her family and friends deeply and never failed to show it.

Family and friends may call at the Bannan Funeral Home in Alpena on Friday, August 5, 2022, from 2-8 p.m. Funeral service will be held there on Saturday, August 6, 2022, at 11:00 a.m. officiated by her son-in-law, Rev. Scott Polley. Interment will be at Long Rapids Cemetery following the service. Memorial contributions are suggested to Under His Wings Christian Fellowship, 7493 Indian Reserve Road, Alpena, Michigan.

To order memorial trees or send flowers to the family in memory of Jean Marie Fournier, please visit our flower store.