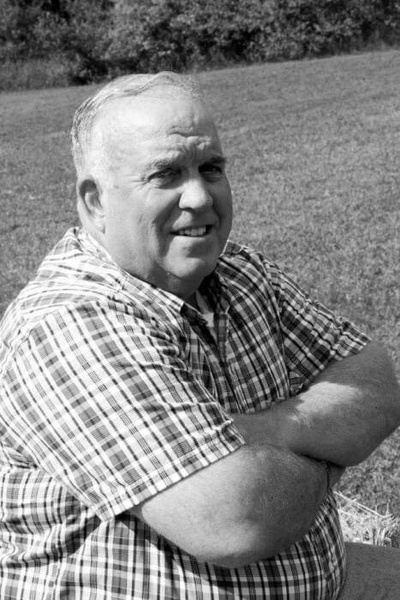 Jim Nye, Dad, James O. Nye, Papa, or the (self-proclaimed) Ole Buzzard…  Whatever name you knew him by, if you knew him, you were truly blessed.  Jim was dedicated to his family.  He loved his wife, his kids, and his grands with his whole heart.  Jim was kind and generous, honest and hard-working, motivated and a great teacher, artistic and wise.  He was an expert in all things related to masonry and concrete and he loved sharing his knowledge and teaching others about his craft. There are many block layers, brick layers, and cement masons who learned the craft from this master. He loved to point out homes and businesses he had a part in creating. One job he was proudest of was Alpena’s APLEX.

Anyone who knew Jim can tell you about his work ethic - second to none.  In addition to being a mason contractor for 60+ years, Jim also spent the last 20+ years serving as Building Inspector, Zoning Administrator, and Code Official for multiple townships in Alpena County.  And just to be sure he kept his days full; he also raised several beef cattle on his farm in Hubbard Lake.  It wasn’t unusual to find him leaning on the fence talking to the cows.

Jim enjoyed hunting and fishing as well as traveling.  He often combined these activities, traveling to Canada, Alaska, and “out West” to hunt caribou, mule deer, moose, bears and fishing in the rivers in Alaska. His favorite place to hunt though was right here in Hubbard Lake.  Being the generous man he was, he was known to share his property and hunting land with family and close friends, all of whom were able to take game many times.

He also loved traveling with his wife Arlene.  Over the nearly 60 years of their marriage, their travels took them to many states, including Alaska, Hawaii, Florida, and Nevada, to name a few, as well as trips Jamaica and the Bahamas. They enjoyed so many adventures together!  In recent years, they’ve spent a few months each winter in a small house they renovated together in Florida. Going there had become something he came to look forward to each year.

Jim passed away on December 18, 2021, with his family at his side, after a battle with Covid-19. He will be sorely missed by his wife, his kids and grandkids, and so many more.  Your continued prayer for our family is greatly appreciated.

To order memorial trees or send flowers to the family in memory of James Nye, please visit our flower store.