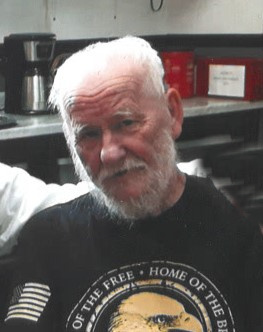 Joe was born on June 24, 1942, in Engadine, Michigan to the late Theodore and Mary (Slater) Smith. He served in the United States Army during the Vietnam War. On July 31, 1967, he married Vergeline Pearl Ranger. Joe is retired from Besser. He was a member of the Alpena VFW Post 2496, Snowmobile Club, and Besser Museum.

Graveside service will take place Tuesday at 1 p.m. at King Settlement Cemetery, Elder Lynn Field with military honors to follow by Alpena VFW Post 2496. Arrangements are being handled by the Bannan Funeral Home.

In lieu of flowers, memorial may be made to Alpena VFW Post 2496.

To order memorial trees or send flowers to the family in memory of Guarden "Joe" Smith, please visit our flower store.