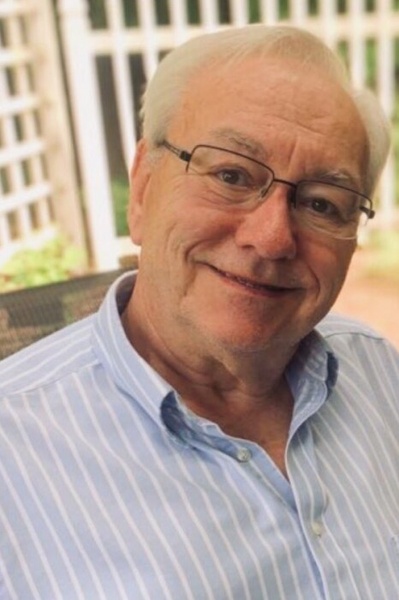 Gordon James Burns, 73, of Ossineke, MI, died at his home after an extended illness on June 13, 2021.  He was surrounded by his family at the moment of his passing. Gordon was preceded in death by his daughter, Dawn Marie Burns, his parents, Mr. and Mrs. Joseph and Irene (Rouleau) Burns, his sister, Precellia MacKenzie, as well as his brothers, Kenneth, Lloyd, Ernie and Joseph.  He is survived by his wife, Judy (Skiba), son, Jim (Karin) Burns of Dexter, and daughter, Melissa (Nick Schellie) Burns of Alpena.  He is also survived by his five grandchildren, Alyssa, Adrienne, Joshua, Erin and Sarah.   Surviving siblings include Phyllis (Robert) Kenyon, Evelyn (Donald) Alexander, Carol (Terry) LaCross, Donald (Mary) Burns; sisters-in-law, Joan Burns and Barbara Burns.

Gordon was born on August 6, 1947, in Alpena and grew up in Lachine, MI.   He moved to Pontiac to be near the love of his life, as he was smitten by her at a party at Manning Hill in the summer 1965.  Shortly thereafter he served in the United States Army for three years.

Gordon and Judy have been married for 53 years.  They lived in Pennsylvania and New Jersey before returning to Michigan.  Gordon worked for General Motors, Besser Corporation and State Farm Insurance.  He eventually retired in 2010.  Gordon remained active by supporting Friends Together, the organization that was founded in 1996 after Dawn’s passing.

Gordon loved sports.  He played baseball throughout his childhood and into high school.  He continued his involvement by coaching and serving as an umpire for Little League and Babe Ruth.  He also enjoyed bowling, golf, trivia, playing cards, and target shooting.  It was not uncommon for him to bring home trophies for his efforts.  In addition, he enjoyed an occasional trip to the casino to try his luck.  As everyone in Michigan can appreciate, he suffered perpetual disappointment as a Detroit Lions fan.  Gordon served as an usher at St. Mary Church in the 1970s.  He was also a member of the Knights of Columbus Council 529.

Lovers of good music, Gordon and Judy enjoyed attending concerts together.  Some of Gordon’s favorites included Willie Nelson, Johnny Cash and John Denver.  He also enjoyed traveling domestically and abroad with his bride.

Perhaps most noteworthy is the way Gordon loved his family and how people loved him in return. He was a friend to all.

Visitation will take place Thursday at Bannan Funeral Home from 2-8 p.m. with military honors by Alpena V.F.W. Post 2496 at 5 p.m. and a parish prayer service at 7 p.m. Visitation will continue Friday at St. Anne Church of All Saints Parish from 10 a.m. until the Mass of Christian Burial at 11 a.m. with Rev. Tyler Bischoff officiating.

In lieu of flowers, donations may be made to Friends Together.

To order memorial trees or send flowers to the family in memory of Gordon Burns, please visit our flower store.