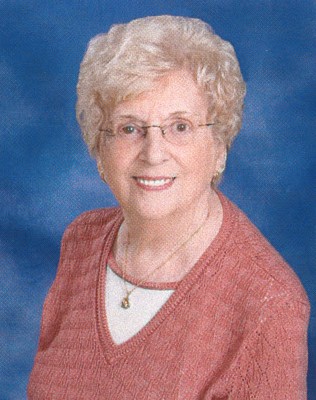 Gerry retired in 1988 from the Alpena Public Schools where she worked 28 years as an administrative secretary to three principals at Alpena High School, and then was the administrative secretary to the Superintendent of Schools and the Board of Education.  She was very appreciative and honored to have the Board of Education Room named after her.  She was a member of Michigan Association of Retired School Personnel, Jesterettes; Lois Circle at St. Paul Lutheran Church; AARP; and past member of the Daughters of the Nile; Red Hat Society; Alpena Girls Club Board of Directors; the American Red Cross Board of Directors; and the Alpena General Hospital Auxiliary.  Gerry was an active member of St. Paul Lutheran Church and was involved in many church activities.  She made many special friendships throughout her life and loved being with her friends.  Her number on priority was her very loving family and she cherished every minute she spent with them.

Gerry is survived by a son James P. and daughter-in-law Gloria Ludwig of Alpena; two grandchildren, Dr. Lynda Ludwig, Douglas (Kristina) Ludwig; two great grandchildren, Samantha, and Mackenzie Ludwig all of Shelby Twp.  She is also survived by sister-in-law, Doris Siegert, and many nieces, nephews, and several cousins who were all very special to her.

Visitation will take place on Wednesday at the Bannan Funeral Home from 4-8 p.m. and will continue on Thursday at St. Paul Lutheran Church – Alpena from 2 p.m. until the time of the funeral service at 3 p.m. with Rev. John Shipman officiating.  Live streaming will be available at www.bannanfunerlhome.com.

To order memorial trees or send flowers to the family in memory of Geraldine Ludwig, please visit our flower store.