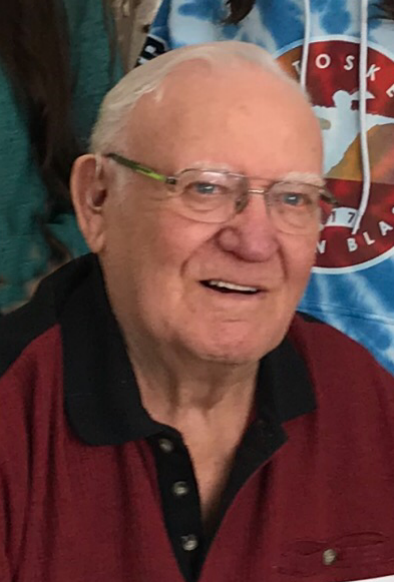 Gerald Elroy Johnson, 88, of Lachine passed away suddenly on Thursday, July 11, 2019 at his home.

Gerald was born in Alpena on March 16, 1931 to Harry and Vera (Reynolds) Johnson. On August 8, 1959 he married Sally Oliver. She preceded him in death on January 23, 2015. In his earlier years, he sailed on the cement boats working his way up to wheelsman and then worked for National Gypsum while farming on the side. Gerald (Jerry) was best known for his dancing skills. He enjoyed listening and dancing to country music. Jerry enjoyed family get togethers and telling stories of the past. He was easy going and enjoyed fishing and deer hunting up until this last November.

Gerald was preceded in death by his sister-in-law, Betty.

Visitation will take place on Sunday at Bannan Funeral Home from 2-8 p.m. and continue there on Monday from 1 p.m. until the funeral service at 2 p.m. with Rev. Herbert Kitzman officiating.

Memorials may be made to Alpena Senior Citizens Center.

To order memorial trees or send flowers to the family in memory of Gerald Johnson, please visit our flower store.