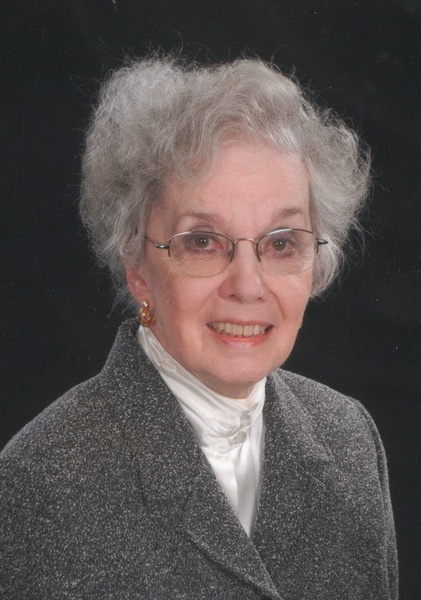 Flavia Gagnier passed away in the presence of her family and was reunited with our Lord Jesus on May 29, 2022, she was 91.

Flavia was born in Marine City, Michigan on January 9, 1931, to the late Elmer and Flavia (Marcero) Kersten.  Flavia graduated from Holy Cross High School in Marine City and attended Mary Grove College.  Flavia was united in marriage January 20, 1951, to Vincent Gagnier, and they have been inseparable loving partners for 71 wonderful years.  Flavia and Vincent were married at Holy Cross Church in Marine City.  They raised four wonderful children James (Jennifer) Gagnier, Karen (Ted) Givens, Cynthia (Tom) Irimescu, and Frederick (Kendra) Gagnier.  Flavia and her family resided in Marine City until 1971, at which time they moved to Lost Lake Woods Club in Lincoln, Michigan.  Flavia and Vincent joined Lost Lake Woods Club (LLWC) in 1965 and have been members ever since.

Flavia was a loving wife, a homemaker, a wonderful mother, a grandmother, and great-grandmother.  Flavia enjoyed spending time with her family, and friends.  She was an avid golfer joining her friends on Women’s Day and playing in LLWC tournaments.  Flavia and Vincent spent many afternoons together on the golf course.  Flavia and Vincent also loved to dance together, and often traveled to venues that played polkas and waltzes.  Flavia will be missed by all who knew her, she was a wonderful loving person.

Flavia is preceded in death by her two grandchildren, Kristin and Kevin Gagnier, (children of Frederick); and her brother Frederick Kersten.

Visitation will take place on Friday at the Bannan Funeral Home from 2 – 8 p.m. with a parish prayer service at 7:30 p.m. Visitation will continue on Saturday at St. Catherine Catholic Church from 10 a.m. until time of the Mass of Christian Burial at 11 a.m. with Rev. John William.

In lieu of flowers, please make any donations to Hospice of Michigan in honor of Flavia.

To order memorial trees or send flowers to the family in memory of Flavia (Kersten) Gagnier, please visit our flower store.