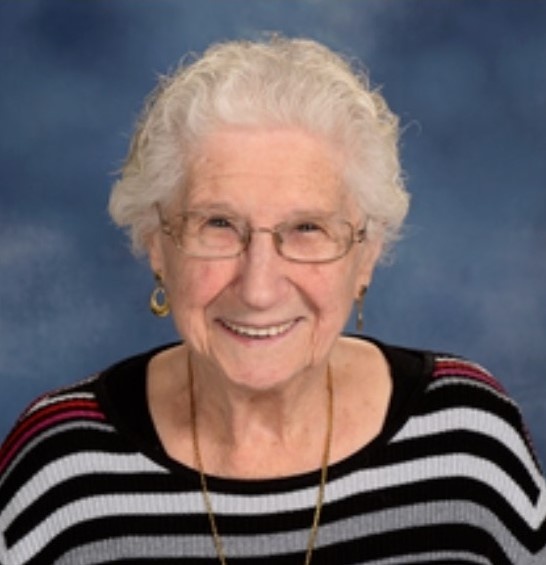 Evelyn Dorothy Liske, 93, died peacefully in her new home at Hillman’s Haven under hospice care. She made friends with residents and staff there, calling it her new home.

Evelyn Dorothy Schultz was born September 17, 1928, in Alpena to the late Carl and Amanda (Sommerfield) Schultz. On September 17, 1949, she married Reinhard Liske. He preceded her in death on March 1, 2002. They owned and ran a dairy farm in Ossineke. She later married Theodore Liske on October 30, 2004. He preceded her in death on September 21, 2006. You could often hear her sing as she worked. She loved flower arranging and had a knack for all crafts. Decorating and making festive meals during the holidays gave her enjoyment. Evelyn’s grandchildren loved playing at these get-togethers.

Evelyn was a lifelong member of St. Paul Lutheran Church of Herron (Hubbard Lake), its Altar Guild, and Lutheran Women’s Missionary League (LWML) for over 60 years. She looked forward to Bible Study and helped create many quilts for world relief. Evelyn was also a member of Farm Bureau.

Visitation will take place Thursday at St. Paul Lutheran Church-Hubbard Lake from 10 a.m. until the funeral service at 12 p.m. with Rev. Joseph Llewellyn officiating. Arrangements have been made by Bannan Funeral Home.