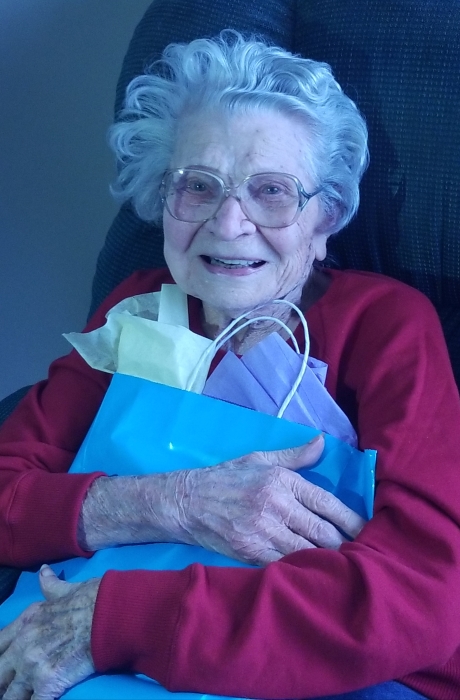 Esther MacArthur (Slominski) of Alpena died unexpectedly, on August 18, 2019, at the age of 101. Esther would fondly reminisce of her early years raised on the family farm in Bolton, along with her six siblings and parents, Peter and Rose (Smigelski) Slominski. It was here she first found her love of gardening, hard work, and sharp wit.

Esther would proudly recount her many years of work which began when she was only 14 years old, for a mere 50 cents a week. She also used her sewing talents to earn a leadership position at the garment factory and was the first woman to work at the Alpena Elk’s Lodge. Before marrying the love of her life, Donald MacArthur, in 1948, Esther had many adventures including winning a trip to the 1939 New York World’s Fair.

Her family will forever be grateful for the lessons she taught us in perseverance and keeping humor in every moment. We will need this now more than ever as we try to find our way in a world we’ve never known without her.

A private interment will be held at Holy Cross Cemetery on Friday with cremation arrangements handled by Bannan Funeral Home.

To order memorial trees or send flowers to the family in memory of Esther MacArthur, please visit our flower store.