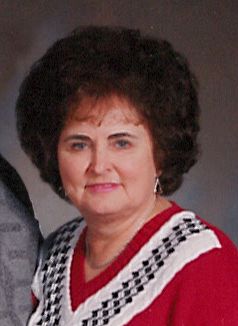 Esther was born on February 4, 1934 to the late Herman F. and Caroline (Schultz) Liske.  She grew up on the family farm in Hubbard Lake and went to one room school houses, Beaudion and Stovel, going through the 10th grade. She worked at the Garment Factory for several years.  On October 8, 1955 she married David E. Lipski at St. Catherine Catholic Church.  David and Esther moved to Ossineke in 1956 where they raised three children and lived there their entire married life.  He preceded her in death on July 14, 2014.

Esther furthered her education by going back to school and taking night classes at Alpena High School and received her diploma on June 9, 1980.  She also took a nurse’s aide course at ACC and received her Nurse’s Aide Certificate and went on to work as a home health aide.  Esther volunteered as a Red Cross Gray Lady at Alpena General Hospital in the 1960's.  Her hobbies included taking a cake decorating class in which she was quite proficient at making rose petals and other fancy trim on her children's birthday cakes and taking a ceramics class which, she won Best of Show in 1973.

Esther had a deep faith and was very involved in her church.  She taught Sunday school at St. Paul Lutheran Church of Herron and was also in the Altar Guild for 30 years.

Memorial visitation will be Saturday, April 13, at St Paul Lutheran Church in Hubbard Lake from 10:00 am until the memorial service at 12:00 noon with the Rev. Joseph Llewellyn officiating.  Arrangements are being handled by the Bannan Funeral Home.

In lieu of flowers, memorials may be made to St. Paul Lutheran Church Memorial Fund, Hospice of Michigan or Huron Humane Society.

To order memorial trees or send flowers to the family in memory of Esther Lipski, please visit our flower store.