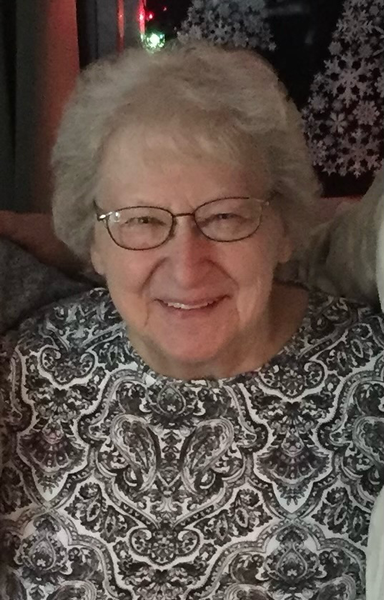 Eleanore Smith went to her Heavenly Home on Thursday, June 2, 2022, where she has now joined her loving husband, Wesley, who had gone on before.

Eleanore was born to the late Ivory & Anna (Olsen) Cole of Lachine on July 8, 1934. She attended the Doyle Elementary School and then attended Hillman High School where she graduated in 1953. On April 25, 1953, she married Wesley Smith at the Hillman Baptist Parsonage by the late Rev. Wm. Jones. He preceded her in death on May 27, 2013.

Eleanore faithfully went to church with the family where she taught Sunday School and was the pianist for several years. She worked at Wayne Wire Cloth Products in Hillman, where she retired in 1999. Two years later she started in the Foster Grandparent program which has continued. That was an enjoyable time for her. She was a charter member of the Lighthouse Fellowship Church, where she was also the pianist.

Visitation will take place Tuesday, June 7, 2022, at Bannan Funeral Home in Hillman from 4-8 p.m. with the funeral service on Wednesday at 11 a.m. with Pastor Kurt Hibbler officiating.

Memorials may be made to the family.

To order memorial trees or send flowers to the family in memory of Eleanore Flora Smith, please visit our flower store.