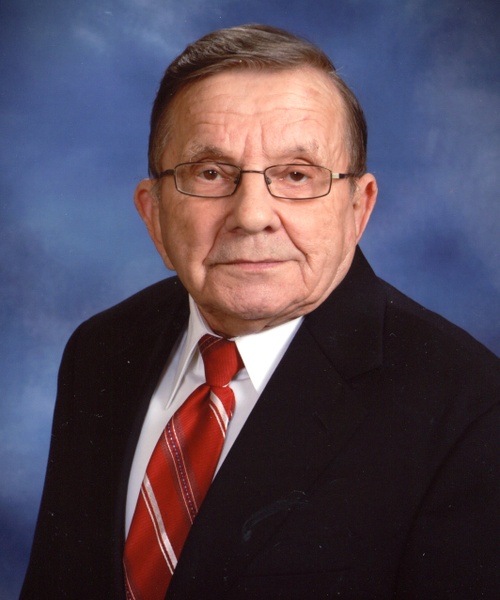 Edward Grezlak, 91, formerly of 114 E. White Street, residing at Turning Brook Senior Living Community passed away peacefully on March 26, 2022.  Mr. Grezlak was born on May 2, 1930, to the late Walter and Martha (Kocan) Grezlak in the community of Leer in Long Rapids Township. Edward engaged in farming with his parents until 1958 at which time he moved to Alpena to become a Class A Oiler with Abitibi Price. He was employed by Abitibi for 33 years, retiring in 1992 having never missed a day of work.

Mr. Grezlak enjoyed volunteer work for the community including the Salvation Army, the Friendship Room, the Alpena Senior Citizen Center where he served as a Board Member for six years, and the Alpena Township Election Board, serving 18 years.

As a child, Ed attended Leer Lutheran Church and was later a member of First United Methodist Church in Alpena and its Men’s Club. He was also a member of the Alpena Hopper Lodge No. 199 F. & A.M., the Elf Khurafeh Shriners, Alpena Shriners Club and past member of the Alpena Thunder Bay Labor Council of Unions, where he served as board member for 30 years. In his spare time, Ed loved to work in his flower and vegetable gardens growing strawberries and raspberries for all to enjoy. At 84 years young, Ed designed and managed the construction of his home at 114 E. White Street.

Mr. Grezlak has provided many legacy gifts during his lifetime including establishing educational scholarships at Alpena Community College that will impact hundreds of students now and well into the future; dedicating his beautiful home in 2018 to MyMichigan Health to house medical  students during their rotations in Alpena; providing the musical bell tower and chimes at First United Methodist Church for the members and community to enjoy; and replacing the roof and many necessary repairs at Leer Church and Museum. Mr. Grezlak’s life was dedicated to service and helping the people and organizations that enhance the community now and well into the future. His love of God, education and healthcare were of utmost importance to him.

Visitation will take place on Thursday, April 7 from 2 – 8 pm at the Bannan Funeral Home with a Masonic candlelight service at 7 p.m. Visitation will continue on Friday at 10 a.m. at the First United Methodist Church, 167 S. Ripley Blvd. until the funeral service at 11 a.m.  with the Rev. Eugene Bacon officiating. Committal rites will immediately follow at church at Noon. Interment is in Evergreen Cemetery.

Memorials may be made in Mr. Grezlak’s honor to the Alpena Community College Foundation, First United Methodist Church, Leer Lutheran Church and Museum, MyMichigan Health Foundation, or a charity of your choice.

To order memorial trees or send flowers to the family in memory of Edward Grezlak, please visit our flower store.