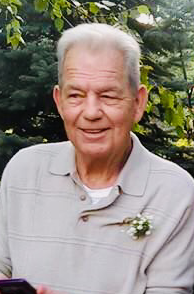 Douglas Edward Ellsworth was born August 1, 1943, to Douglas and Elizabeth Twila (Ryan) Ellsworth. He considered Alpena his home and spent summers here while growing up. Douglas served in the United States Navy from 1960-1964, including tour to Vietnam.

He began his career as a police officer in Shelby Township. Douglas had the distinction of being the youngest police chief in the state, working in Onaway. He worked for the Department of Corrections until retiring early due to poor health at the rank of captain. Douglas will always be remembered for his fairness and was well respected by all who knew him.

Mr. Ellsworth was preceded in death by his sister, Deborah Sprague and infant sister, Diane Ellsworth.

Memorial visitation will take place Saturday at Bannan Funeral Home from 2 p.m. until the memorial service at 4 p.m. with Rev. Arnie Kirschner officiating. Military honors will be accorded him by Alpena VFW Post 2496.

To order memorial trees or send flowers to the family in memory of Douglas Ellsworth, please visit our flower store.