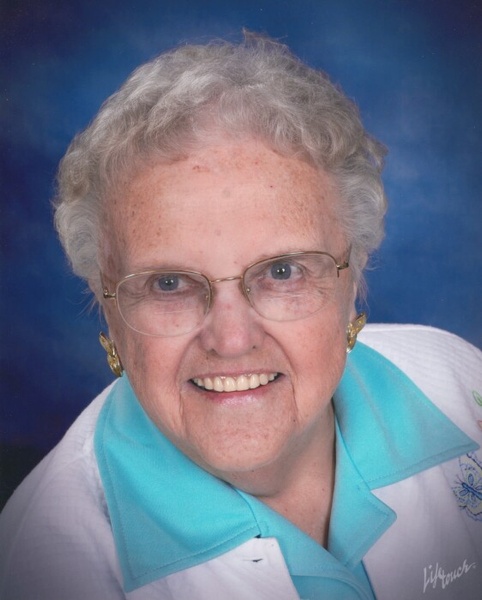 Doris E. Nitscher was born on February 8, 1931, in Alpena to the late Ervin and Matilda (Paad) Nitscher. She was a lifelong resident, and married Warren Peterson on July 16, 1949. Together they raised a very loving family of six children. He preceded her in death on December 25, 2008. Doris loved where she lived, overlooking Lake Huron on property that her grandparents, Michael & Anna Paad, donated years ago that is now known as Mich-e-ke-wis.

Doris was a waitress at the State Café on the corner of State and Thunder Bay Avenue before raising her family. Along with raising, supporting all her children, and grandchildren in whatever activity that they were involved in, she loved and was a lifetime member of St. Paul Lutheran Church. She loved camping, making puzzles. Playing cards was the joy of her life, whether it was with a niece, nephew, child, grandchild, friend, or neighbor.

Visitation will take place Thursday at Bannan Funeral Home from 2-8 p.m. and continue Friday at St. Paul Lutheran Church-Alpena from 9:30 a.m. until the funeral service at 10:30 a.m. with Rev. John Shipman officiating.

In lieu of flowers, memorials may be made to St. Paul Lutheran Church-Alpena or Hospice of Michigan.

To order memorial trees or send flowers to the family in memory of Doris Peterson, please visit our flower store.