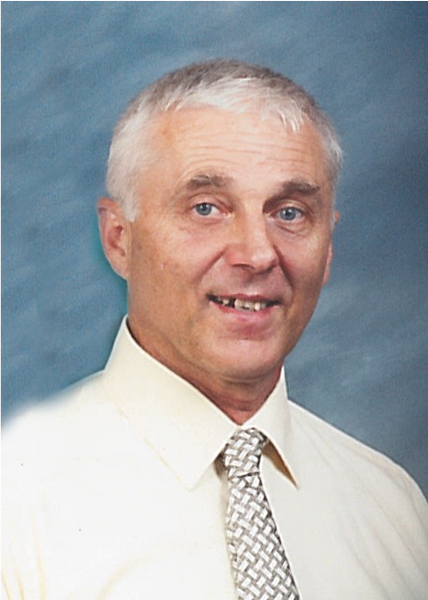 Donald John Zielinski passed into eternal rest on December 8, 2020 at Medilodge of GTC. Don was born February 26, 1940 in Detroit to the late Edward and Grasylda (Shukait) Zielinski. His brothers Robert and Edward preceded him in death.

Don spent most of his childhood in inner city Detroit, but his love for the great outdoors led him and Linda to move to northern Michigan, where they purchased a farm to raise their family in a more rural environment. Ever the science teacher, Don took regular walks with his children across their 120-acre farm, teaching them to identify plants, insects, and trees according to their Latin genius and species. Embedded in these lessons was a keen appreciation for the beauty and bounty of God’s creation, which he passed onto his children.

Don was blessed with a keen sense that all of creation—both the earth and its people—were infused with the divine life of God. Long before “all natural” was in vogue, he cultivated a half-acre garden that produced an annual cornucopia of organic vegetables for the family. His children were frequently reminded that the earth was a divine gift to human beings, who have a duty to be good stewards of it. Don also believed in sharing the earth’s bounty with others, reminding his children that, “Jesus lived this way and wants us to do the same.” This generous spirit was forged in childhood, when Don’s father passed away in his teens and he spent his own years as one of the poor and needy.

Concern for others, especially those who tend to be “left out,” was a frequently on his mind. At the dinner table, Don would inquire whether his children knew any classmates who were struggling academically or who had few friends. He would then remind them that “Jesus would want you to reach out to this person.” While others only saw a kid with low grades or a long disciplinary record, Don saw a child with great human dignity and a suffering heart. He saw God’s sacred footprint in every person, especially in the struggling, the poor, and the unborn, and spent more than 40 years serving the most vulnerable as a member of the St. Vincent de Paul Society and the local Right to Life.

Don was a Polish Catholic and this heritage permeated every facet of his life. He attended Mass on Sundays and Holy Days of obligation and frequently served as an usher, lector, Extraordinary Minister of Holy Communion, and youth catechist while serving at St. Bernard’s and St. Catherine’s. Even those who did not understand the Catholic faith could not help but be moved by Don’s clear love for Christ and His Church. He humbly acknowledged his mistakes as a husband and father through frequent trips to the confessional. In fact, he was perhaps God’s greatest salesperson, constantly promoting the Divine Mercy chaplet and Rosary. He was very active in a Rosary making ministry where proceeds of sales were given to benefit the poor.

Don’s ability to see the image and likeness of God in all people revealed itself most intimately in his close relationships with his wife and children, but especially with his grandchildren. After retirement, he spent many hours as a babysitter and had an unrestrained desire for his grandchildren to know, love, and serve Christ--while teaching them the names of every outdoor critter and fish that swam, of course. He shared his love of the outdoors not only with his own family, but with the community through many years of volunteer work as a Boy Scout leader. The most powerful way to transform society, Don believed, was to train and educate young people to see and appreciate God’s beauty, goodness, and truth in our world.

In June 2009, Don’s life took an unexpected turn when he suffered a severe brain hemorrhage. Up to then, even at nearly 70, he was very active in Church ministries. The injury and its rehabilitation resulted in paralysis that kept him confined to a wheelchair for the rest of his life. Yet even this did not stop him from loving others through prayer and growing ever closer to Christ through his suffering.

Don spent the last decade of his life in an assisted living facility, where he was visited frequently by his faithful wife, Linda. This changed in March 2020 with the onset of COVID-19. Like so many facilities across our nation, Don’s nursing home restricted in-person visits from family members and that included his wife of 57 years. Linda could only stand by a window and talk to Don on the phone; they were not allowed physical contact. Not understanding, Don would set the phone down and motion for his wife to come into the room. For Linda, this was heart wrenching.

Those of us who love Don often called him to try to alleviate the terrible isolation we saw descending on him since March. Sadly, we watched his condition deteriorate quickly for lack of contact from loved ones. While we fully recognize and respect the caution that must be exercised to stem the spread of COVID-19, we deeply urge those who have influence on the system of care to take up the task of better mitigating the human suffering being inflicted upon our elders through unduly restrictive policies. Many seniors, like Don, are dying prematurely from loneliness and we must not let the cure for coronavirus be worse than the disease.

Donald John Zielinski passed into the hands of our merciful God at 8:56pm on December 8, the Solemnity of the Immaculate Conception, with his son and daughter at his side. Our Lady answered our prayers that she escort him to her Son on this most beautiful feast day. May he rest in the Eternal Peace of Christ.

To order memorial trees or send flowers to the family in memory of Donald Zielinski, please visit our flower store.