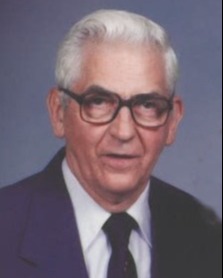 Donald was born April 3, 1930, in Alpena County to the late Gottlieb and Augusta (Kran) Kirschner. He served in the United States Army 1950-51. On August 23, 1952, he married the love of his life, Betty Pilarski. They were married for 69 wonderful years. She preceded him in death on December 27, 2021. Together they raised two wonderful daughters. Don was the dairy manager at A&P where he worked for 42 years. He had a love for hunting and fishing and his real love was for his family. Don was always doing things with his grandkids or great grandkids. He loved gardening with his wife. Together they grew the best vegetables around. Don had much love for his children, grandchildren, great grandchildren and great-great grandchildren. He will be missed by many.

Memorial visitation will take place Tuesday, October 11, 2022, at St. Paul Lutheran Church-Alpena from noon until the memorial service at 1 p.m. with Rev. John Shipman officiating. Cremation arrangements have been made by the Bannan Funeral Home.

To order memorial trees or send flowers to the family in memory of Donald Paul Kirschner, please visit our flower store.