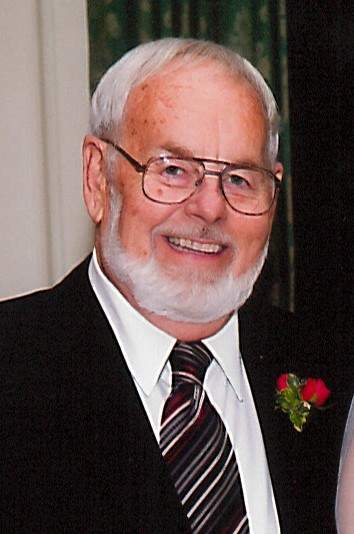 Donald C. Edgley, 86 of Alpena passed away peacefully at his home with his family by his side on Wednesday August 21, 2019.

Donald was born May 5, 1933 to the late Clarence and Beryl Kramer Edgley in Silver City at the corner of French and Truckey Road. His early childhood memories were caring for his pony Patty and playing with his brother Jim and much younger sister Mary Kay. Don graduated from Alpena High School in 1951. He met the love of his life while riding his father’s bus, Joyce Blanche Muszynski.    He and Joyce were married on June 27, 1953 and built their first home down the road from the Silver City Big Little Store where they started their family with Jerry and Cheryl. Don’s employment with Stone and Webster was complete in 1957 when Abitibi was finished, and the family moved to Richmond Virginia. Two years later their son Don joined the family and a decision was made to return to their home in Silver City.

During these years, Donald was busy working, enjoying his winters at his hunting camp in Long Rapids, snowmobiling with friends and summers at the cottage on Long Lake. Grandchildren always will remember the many campfires on the shores of Long Lake, where they learned to make s’mores and enjoy a few fireworks. The true love of Don’s life was the years spent as Captain of the J-Don with his sons at his side participating in the Alpena Brown Trout Tournament.  In later years, Donald become an avid grower of tomatoes and peppers at his home.

Donald & Joyce were blessed with an early retirement and spent 25+ winters in Holiday, Florida with their good friends before Don’s failing health forced them back to Alpena.

Don enjoyed spending time with his family, watching his grandchildren grow up and go off to college, marry and start families of their own. Don was fortunate to receive a visit from all 6 of his grandchildren this past summer.

Visitation will take place at Bannan Funeral Home on Sunday from 2 p.m. until the funeral service at 5 p.m. with Rev. Leslie Nye officiating.

To order memorial trees or send flowers to the family in memory of Donald Edgley, please visit our flower store.