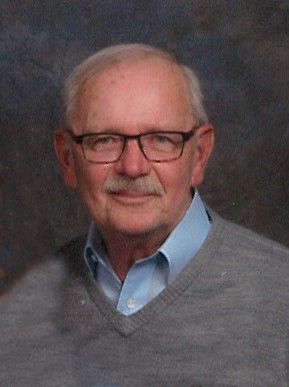 David Bruce Eller, 72, of Lachine passed away Monday, May 13, 2019 at his home following a brief battle with cancer.

To sum up Dave’s attitude about life…

Every person’s life is like a book, with a beginning, an end and the pages in between are the story. Some books are very short; others may be longer.

Dave’s story began September 8, 1946 and ended May 13, 2019. He graduated from Immanuel Lutheran School, Alpena High School, and Alpena Community College. Dave joined the Naval Reserves in 1963 and was in active duty as a sonar technician for two years. Between the U.S. Navy and Besser Company, Dave traveled to more than 27 countries and at least 11 states.

His last words to share: “I realize what a great life I was given! Thank you for being a part of it.”

Mr. Eller was preceded in death by his sister, Linda Willis.

Family will receive guests on Sunday, May 19, at Immanuel Lutheran Church from 1:30 p.m. until time of the memorial service at 3 p.m. with Rev. James Erickson officiating followed by military honors accorded him by Alpena V.F.W. Post 2496. Arrangements have been handled by the Bannan Funeral Home.

To order memorial trees or send flowers to the family in memory of David Eller, please visit our flower store.