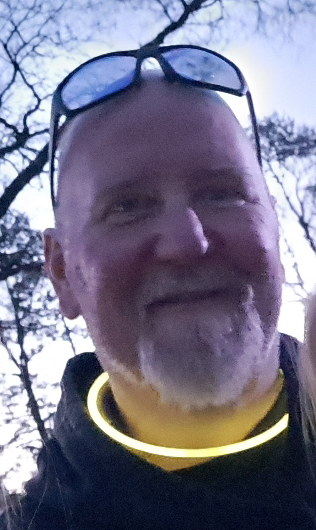 Christopher was born April 24, 1965, in Sacramento, California to Robert and Sue (Makinen) Ruby. He worked as a juvenile probation officer for Otsego County. On July 23, 2005, he married Stacy Levitt. Christopher was a member of TriPoint Church, helped coach his daughter in the Thunder Cats, and was president of the Alpena Figure Skating Board. He enjoyed camping, sports, and spending time with family. Christopher will be remembered as an ‘encyclopedia of useless information’ and his eclectic music collection.

Visitation will take place Sunday at Bannan Funeral Home from 2-6 p.m. and continue Monday at TriPoint Church from 10 a.m. until the funeral service at 11 a.m. with Pastor Mike Potter officiating.

To order memorial trees or send flowers to the family in memory of Christopher Donald Ruby, please visit our flower store.