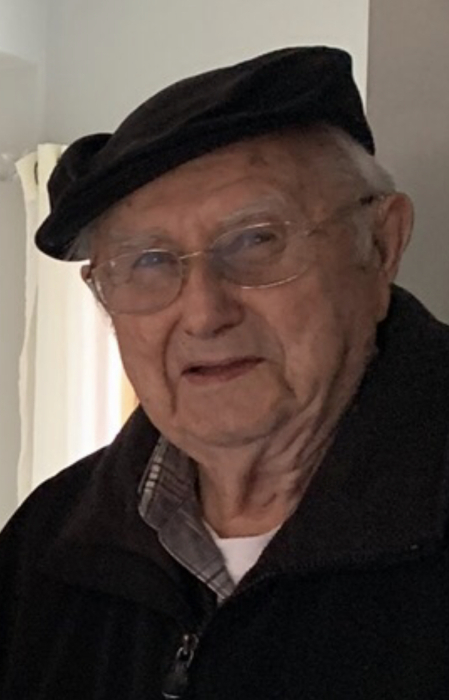 Charles Louis Rouleau, 95, of Alpena passed away Tuesday, February 9, 2021 at his daughter’s home.

Charles Louis Rouleau, born February 18, 1925 in Alpena to the late Adelore and Lillian (Gamache) Rouleau. On February 10, 1945, he married Lorlea Ellen Sheldon. She preceded him in death on February 9, 2017.  He was a member of St. John the Baptist Church, its ushers club, and the Knights of Columbus. Charles enjoyed square dancing and Bingo with Lorlea and spending time in his workshop at home.

Visitation will take place Friday at Bannan Funeral Home from 2 until the time of the private prayer service at 7:30 p.m. Visitation will continue Saturday at St. Anne Church of All Saints Parish from 10 a.m. until the Mass of Christian Burial at 11 a.m. with Rev. Joseph Muszkiewicz officiating.  For those unable to attend both the prayer service and Mass will be livestreamed at www.bannanfuneralhome.com.

To order memorial trees or send flowers to the family in memory of Charles Rouleau, please visit our flower store.