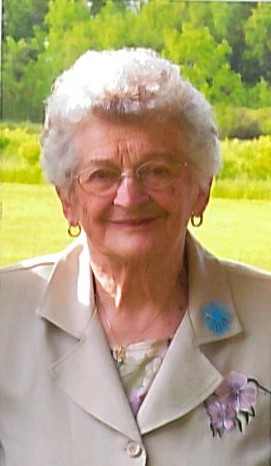 Carolyn Jane Powell was born on November 14, 1928, in Hillman to the late Earl and Hazel (Wark) Powell. On August 21, 1954, she married Richard Schalk. He preceded her in death on March 17, 2006. Carolyn attended Montmorency County Normal and earned her Bachelor’s degree at Central Michigan University. She taught for three years at Green School, grades K-8 and taught for 35 years at Atlanta Community Schools, 1st grade. Carolyn retired in 1985.

Carolyn was a member of St. John Lutheran Church and Delta Kappa Gamma. She was a Sunday School teacher for 30 years.

Mrs. Schalk was preceded in death by her sister, Norilyn Hunt.

Visitation will take place at St. John Lutheran Church – Royston on Friday from 2-8 p.m. and continue there Saturday from 10 a.m. until the funeral service at 11 a.m. with Rev. Jason Mandley officiating. Arrangements by Bannan Funeral Home.

To order memorial trees or send flowers to the family in memory of Carolyn Schalk, please visit our flower store.