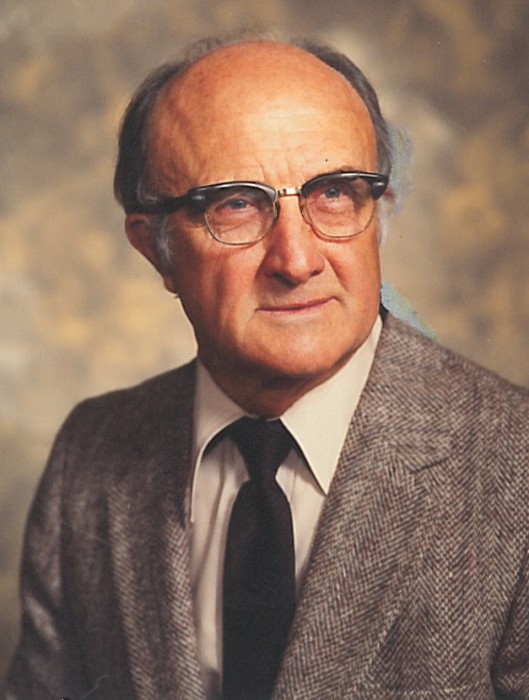 Carl was born in Belknap Twp., Presque Ilse County on August 17, 1919.  He lived the first twenty years of his life on the family farm in Wellington Twp., Alpena County.  He graduated from Hillman High School in 1937.  In 1941 he enlisted in the United States Coast Guard where he served for 4 ½ years.  His service included 3 years of sea duty aboard 3 ships including the U.S.S. Mohawk.  He was discharged in May 1945 with the rank of Quartermaster, First Class.  On April 24, 1943 he married Helen B. Ligawy.  She preceded him in death in 1998.  In 1950 he received his B.S. degree in Forestry (with high honors) from Michigan State University.  He went on to earn his M.S. degree in Forest Management in 1951.  While at M.S.U. he was active in the Forestry Club and Xi Sigma Pi.

His work experience was with both the U.S. Forest Service (forest inventory in NW Michigan) and the U.S. Soil Conservation Service working out of Cadillac and Petoskey.  It was from there he came to Abitibi Conservation Service on February 1, 1956 as a forester.  He held several positions and eventually became Chief Forester.  Mostly his work was with private landowners, helping them manage and harvest timber stands.  He was an ardent hunter, fisherman, amateur photographer, hiker and gardener.

Over the years, Mr. Basel held memberships in the D.A.V., V.F.W., Republican National Committee, Lewiston Lions Club, Toastmasters, and several sportsmen’s clubs.  He served on the forestry committee of the Michigan Manufacturers Association.  He served one term on the Alpena County Soil Conservation District Board.  Mr. Basel was a member of the Society of American Foresters whose lower Michigan chapter awarded him the Distinguished Service Award in 1973.

He and his wife Helen had a hobby of tree farming.  Between 2 farms in Missaukee County and one in Wellington Twp., they planted over 60,000 trees.  He was given an “Outstanding Tree Farmer” award by the Alpena A.C.D. in 1981 and by the State Tree Farm Committee in 1982.  In 2004 he was named “Outstanding Alumnus” by Hillman High School.

In 1995 Mr. Basel endowed an annual Outstanding Service Award (Forestry) with MSU.  In 2013 he established the Carl O. Basel Endowed Scholarship Fund with MSU.  The fund is set up for students from eight NE Michigan counties.  For these various activities, in August 2013, he was entered into the MSU Jonathan L. Snyder Society.

Mr. Basel was preceded in death by his wife, Helen, his parents, Charles and Minnie (Brandt) Basel; 4 sisters, Gertrude, Anita, Yvonne, Ruth and a brother, Amos.

To order memorial trees or send flowers to the family in memory of Carl Basel, please visit our flower store.