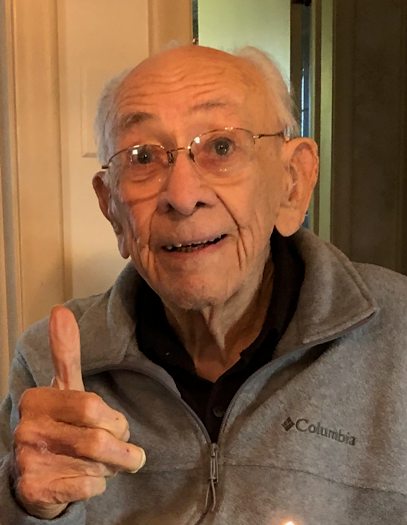 Bill was a veteran of World War II, Pacific Campaign and was a life member of D.A.V. He retired from National Bank of Detroit, Alpena Division. Bill was a 25-year commissioner for the Alpena County Road Commission, a past president of the County Road Association of Road Commissions and remained active in road affairs. He was an incorporator of television station WBKB and past chairman of its board, charter member of Alpena Country Club and Alpena Yacht Club, lifelong member of Alpena Elks Club and past member of the Rotary Club. Bill was an avid card player, rock painter, and reader.

Cremation arrangements are being handled by Bannan Funeral Home. A private family gathering in his honor will be held at his lake home “Fakarwi” at a later date.

In lieu of flowers, memorials may be given to Alpena Senior Citizens Center or Hospice of Michigan.

To order memorial trees or send flowers to the family in memory of Billy McDonnell, please visit our flower store.