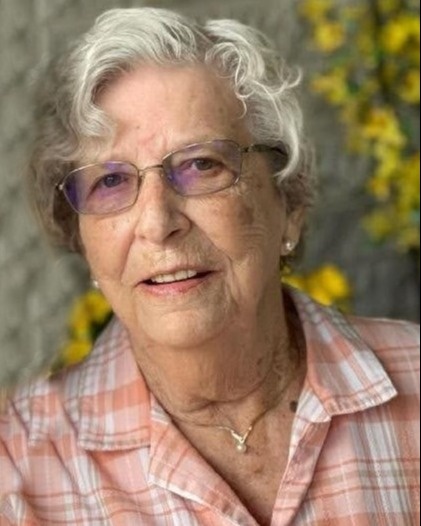 Beverly S. Pearson, 86, died September 19, 2022, at her home in Alpena after a brief encounter with cancer.

She was born in Alpena, Michigan on June 17, 1936, to Earl and Jennie (Butchart) Kingsbury.  She was raised there with her siblings Earlene, Darlene, and Lanny.  She graduated from Alpena High School in 1954, and she married Parry W. Pearson, Jr., on ­­­­October 22, 1955. Bev worked at the family business, Kingsbury Oil Company for many years, and later joined Parry as manager of Pearson Mechanical Contracting Company.  They worked together until his death on April 13, 1990. Following Parry’s death, she worked for hospice.

Several years after her husband, Parry, passed away, Beverly met her companion, Robert Sneed, and the two of them enjoyed over twenty years together in Alpena and wintering in Florida. He also preceded her in death.

Bev was a skilled golfer and enjoyed many years golfing on teams and with Robert and friends at Alpena Country Club, Lost Lake Woods Club, and in Florida.  Bev enjoyed her longtime weekly meetings with her poker playing pals.  In earlier years, she was a competitive team bowler at the Thunder Bowl.

Beverly was preceded in death by her siblings, Earlene Thompson, Darlene Payne, and Lanny Kingsbury.

Memorial visitation will take place Monday, October 3, 2022, at First Presbyterian Church from 10 a.m. until the memorial service at 12 p.m. with Rev. William Rayment officiating. Arrangements have been made by the Bannan Funeral Home. A small reception will be held following the memorial to share memories with the family.

To order memorial trees or send flowers to the family in memory of Beverly S. Pearson, please visit our flower store.