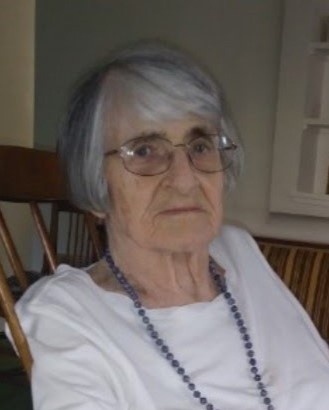 Betty Mae Dulebohn, 94, of Alpena passed away Sunday October 3, 2021, at Medilodge of Alpena.

Betty Mae Wagner was born on November 15, 1926, in Manistee, Michigan to the late Edward and Mary (Dulebohn) Wagner. On July 9, 1950, she married John I. Dulebohn. He preceded her in death on May 22, 1981. Betty was a member of Grace Lutheran Church, Alpena VFW Auxiliary and enjoyed the sewing church group, travel, and riding her bike.

Visitation will take place Friday at Grace Lutheran Church from 10 a.m. until the funeral service at 12 p.m. with Rev. Leslie Nye officiating. Arrangements have been handled by the Bannan Funeral Home.

To order memorial trees or send flowers to the family in memory of Betty Dulebohn, please visit our flower store.