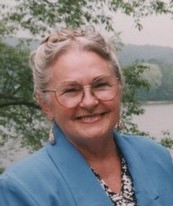 Barbara was born March 28, 1929, to Ward and Myrtle Bondie in Rockwood, MI. When Barbara was five years old, her mother and infant sister (Joann) passed away. Ward went on to marry Edith (Pashagoba) Bondie, who raised Barbara like her own. On November 6, 1948, Barbara married the love of her life, Albert Abbott. They were blessed with 63 years of wonderful memories until his passing in 2011.

Suffering with a heart condition caused by rheumatic fever as a child, Barbara was warned to never have children and was told she would never live to see 35 because of the damage. We are happy to report she went on to have six children and live to 92!

Barbara was a talented artist in many mediums. At the age of 17, she had a career painting black and white portraits with color for a photography studio. She has blessed each of her children with her personally painted family heirlooms, which are cherished.

Barbara and Albert owned and operated Abbott Excavating & Septic Systems until their retirement in 1993, after which time they enjoyed family, their beloved dog, Molly, and attending bluegrass festivals.

Barbara was preceded in death by her husband, Albert; son, Vincent Abbott; and son-in-law, David Richardson.

Barbara will be remembered for her love for her family, her love of animals, especially dogs, and her love of painting.

The family would like to thank Hospice of Michigan and Cindy Davison and staff of the Davison Family Home for their compassionate care of our mother in her final days. You have lovingly helped her enter into the Kingdom of Heaven and we are eternally grateful and blessed!

Visitation will take place Saturday at Beaver Lake Community Church from 10 a.m. until the funeral service at 12 p.m. with Pastor Daniel Williams officiating. Arrangements have been entrusted to Bannan Funeral Home.

To order memorial trees or send flowers to the family in memory of Barbara Abbott, please visit our flower store.